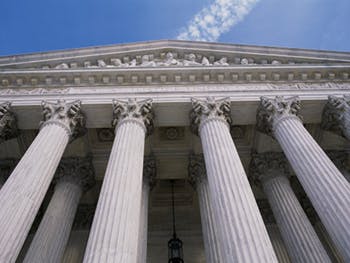 - The question of who will trigger Article 50 TEU. Is this a prerogative power or is Parliamentary approval required. This discussion will have a substantial focus and discussion in relation to the case of Miller v Secretary of State for Exiting the European Union.

- The Miller judgment also gives rise to a number of questions about the status of European Union law, as well as the European Communities Act 1972.

- The discussions of the Miller High Court judgment in the press, as well as the coverage in the run up to the Supreme Court case. There are discussions to be had on the challenges to the independence of the judiciary and the role of judges in the overall process.

- The impact on the principle of Parliamentary Sovereignty. Many commentators discussed this principle as being central to the desire to leave the European Union; there was a desire to “take back control” and “return sovereignty to Parliament”.

- The legal status of the referendum and its implementation.

- The role of Parliament in scrutinising the Government’s approach towards negotiations.

Overall, this stream seeks to contribute to the overall discussions on current constitutional developments. The referendum result, and the actions following this, are providing some of the most substantial challenges to the UK constitution seen in modern times. This stream will engage in critique of these challenges and their potential solutions.