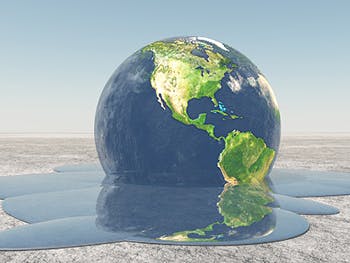 It has been estimated that 80% of the UK’s environmental protection laws are European in origin covering everything from chemicals use, transport and packaging to the protection of wild birds.  The way in which the Great Repeal Bill (GRB) will deal with this vast quantity of legislation has profound implications for the continuing health of important aspects of the environment in the UK.  It is highly arguable that the quality of drinking water, bathing waters and the protection of wild spaces in the UK is better than it might otherwise have been (thanks to the Water Framework, Bathing Waters, Habitats and Wild Birds Directives).

The UK government has indicated that the GRB will maintain environmental law in its current state unless and until Parliament decides to repeal it.  However Andrea Leadsom has already indicated in front of the Environment, Food and Rural Affairs Committee of the House of Commons that some areas of environmental protection law may not be amenable to retention owing to ‘technical’ difficulties.  It is far from clear which legislation she had in mind or what the ‘technical’ difficulties are but it is possible that this includes much of the legislation relating to chemical safety, registration and labelling which is derived from legislation which is directly applicable in the UK (i.e. does not require incorporation by means of primary or secondary legislation).  Other areas which are vulnerable include the protection of habitats and wild birds.  These measures have long been deeply unpopular with developers and they may well exert their considerable influence to persuade the government not to retain these measures (the EEA arrangement with Norway – which has been cited as a possible model – specifically excludes these measures).

Climate change measures are perhaps less vulnerable to Brexit in that the UK has passed its own targets in the Climate Change Act of 2008 (with implementing Acts or measure in the devolved regions).  Also the UK recently ratified the COP21 Agreement in its own name.  However, climate change mitigation and adaptation measures in Europe are undertaken in a coordinated fashion over a large geographical area and the UK will henceforth be outside of that mechanism and important contributors to climate change gas reduction, like the Emissions Trading System will no longer hold sway in the UK.

Finally, and perhaps most significantly, Brexit will remove the regulation of environmental protection from the oversight of the Court of Justice of the EU (CJEU) and the European Commission.  While many will welcome this removal of what is seen as extra-territorial judicial and administrative interference with UK law, it is also the case that the British government has, on many occasions, been held to account by the CJEU and/or the Commission where it has failed to display sufficient enthusiasm for environmental protection measures (particularly over the quality of bathing waters for example).  This loss of external oversight could be a bad thing for the environment, though the UK Supreme Court has also, in recent times, proved willing to hold the government to account (see the Client Earth case against DEFRA over air quality targets in the UK).

Doubtless some areas of environmental protection might benefit from the absence of European law (waste law for example, which has been dogged by uncertainty and rather indecisive case law for many years).  However, if Britain wishes to maintain access to the single market, it is highly likely that most environmental regulation will need to be retained.  Moreover, even if a hard Brexit ensues, an environmental baseline is likely to be required in order to enter into trade agreements with other parts of the world.  It seems very unlikely that there will be time to create a new baseline from scratch so that the EU systems is likely to be de facto retained in any case.