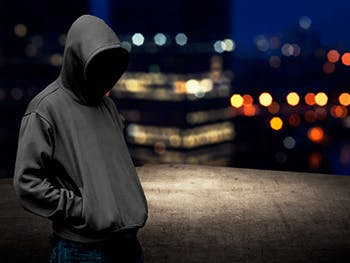 Research indicates that hate crimes spike following ‘trigger’ events.  Evidence shows that hate crime surged in the UK in the following weeks after the EU Referendum vote, and still remains at significantly higher levels than a year ago.

For example, reports of hate crimes have risen 58% in the aftermath of this vote, according to the National Police Chiefs’ Council.

The police have suggested that some people had taken the ‘leave’ vote as a ‘licence’ to behave in a racist or discriminatory way.

The Centre for Brexit Studies, will highlight, how these incidents led to a rise in the levels of hate crime, Islamophobia, racism and xenophobia, both online and offline. For example, in August 2016, six teenage boys were arrested in Harlow, Essex, after Polish immigrant Arkadiusz Jóźwik died following a brutal street attack which his brother said began after he was heard speaking Polish in the street. The decision to leave the EU in some cases emboldened people to express their feelings of hate and ‘legitimised’ the prejudice that they had by empowering them to express and verbalise those feelings both in the cyber world but also in ‘real’ life.

The rise in acid attacks in recent weeks has also highlighted how hate crimes have now moved from online incidents towards actual offline violence post Brexit.  We at the Centre for Brexit Studies are working closely with government, third party reporting organisations and police authorities on identifying what measures should be in place for victims.

However, in the UK, issues and concerns around immigration and the EU have a long history and are not confined to simply the EU Referendum vote. According to the British Social Attitudes survey in 2013 over 56% people wanted immigration to be ‘reduced a lot’ and the Transatlantic Trends (2014) survey found similar concerns, which people had about the levels of immigration from within and outside the EU.

The Brexit vote led to an empowerment of certain individuals to express their anger and hatred towards people deemed to be Muslim, immigrants or from within the EU. The Centre for Brexit Studies, will also examine the international and regional events involving Islamist terrorism influenced some people online to begin gathering support and urging people to vote Leave. Once the decision was made to vote Leave, social media platforms such as Twitter became an avenue for people to target their response towards minority communities.

Members of this Centre are leading experts providing advice to the UK Government on issues related to hate crime.  They have already produced leading reports on the topic for external organisations.

Below, you'll find links to some of Imran's previous and on-going work on Hate Crime and Radicalisation:

“You Need to Be Sorted Out With a Knife”: The Attempted Online Silencing of Women and People of Muslim Faith Within Academia