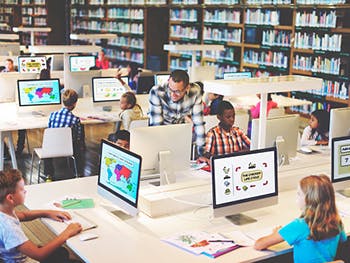 This stream provides a sounding board for ideas about the impact of the European Union on contemporary higher education in the United Kingdom. Arguably, Brexit has the potential to affect every aspect of higher education in this country, but there are a range of key areas that will come under the spotlight. In particular, European research partnerships, staff and student mobility all have uncertain futures.  These, however, are part of the wider process of harmonisation of European higher education that has occurred particularly from the late 1990s with the Bologna process.

This has not only had an effect on how different national higher education systems devise their programmes but also on the national and international quality management approaches. However, it is important not only to debate the potential futures of such activities but to explore and evaluate the value they have to the higher education community, and further afield, today.

European research partnerships are a significant source of income for academics in the United Kingdom and the potential impact of Brexit might be huge.  There is currently a fear of uncertainty. Already there is growing evidence of a negative impact, with academics claiming that they have lost their places on European research teams as a result of Brexit.  This is an important place to explore and evaluate the current value, both financial and intellectual, of being involved in European research projects. Will Brexit mean that UK academics will no longer be involved in such partnerships or will Horizon 2020 be too valuable to let go?

Staff mobility is clearly a focus of Brexit concern both for staff travelling to other EU countries and for those working here.  Brexit has clear implications for staff travelling to other countries around EU as part of the funded exchange of ideas and sharing practice. More broadly, there are concerns that it will not be so easy for staff from the UK to take up positions in European member states.  Perhaps more worryingly, there are not only concerns that staff from other EU countries may not be able to find employment in UK universities but that they are increasingly being subjected to various forms of hate crime.

Student mobility as part of the long established Erasmus programme is a core element in the European higher education strategy and is clearly at threat from Brexit.  In particular, there are concerns that the value of the programme as a way of expanding students’ horizons will be destroyed. This does, however discussions about the Erasmus mobility programme within UK higher education.  The UK has long been a big ‘importer’ but low ‘exporter’ of Erasmus students. Furthermore, there is much anecdotal evidence that UK home students have a poor record of engaging with Erasmus students. Arguably this will be worse after Brexit.

It is unclear how far Brexit will affect the wider European process of harmonisation, particularly the development of programmes which are of comparable standards across the Union.  The Bologna Process has, arguably, had more impact on other European member states as they develop programme structure that are more akin to those in the UK. Indeed, the Bologna process has become more familiar amongst colleagues in UK universities in recent years.  However, it is important to explore the impact of Bologna on the UK sector in order to identify the impact that removal from the Process will have.