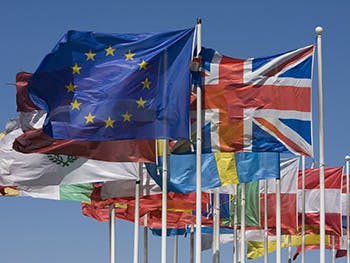 This stream intends to provoke a critical analysis of the position of the United Kingdom in relation to other countries and institutions in the international arena. The discussion of the future of Gibraltar is only one of the many political obstacles for the UK.

The politics of international trade have to be taken into consideration when leaving a regional group as in this case. Specially considering the amount of regional trade agreements: NAFTA, Mercosur, Asean etc..

The asymmetries created in future negotiations will be an obstacle that will have to be faced as part of the political consequences of negotiating on its own as a country.

Apart from the repeated issues of trade agreements within the World Trade Organisation and the final trade agreement with the EU, there are other trade relations affecting the UK that will require exhaustive analysis:

1)      Commonwealth countries who hold a complex political and trade history with the UK.

2)      East Asian economies together with Latin American ones creating influential trade agreements such as the Trans-Pacific Partnership Agreement.

In relation to the political relations with Russia under the direction of Putin and the geopolitics of East Asia -including the South China Sea contentious and the tensions with North Korea- the UK might potentially need the development of alliances with other countries including EU countries and the Trump’s Administration.

If these political alliances require military intervention as it has been in the case of Syria or Afghanistan, and considering that the British military is not part of the European Union Military Staff, the role of NATO becomes more relevant. At the same time, the UK does hold important defence assets of political significance, the permanent seat at the United Nations Security Council and its nuclear capabilities.

The study of how the UK will navigate through difficult political scenarios at international level will require in-depth discussion. This stream will discuss the political aspects of creating a British Foreign Affairs agenda within a Brexit context.