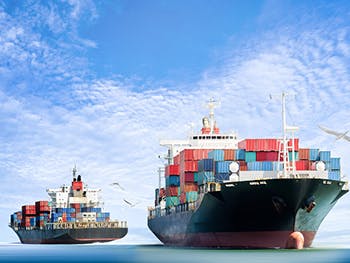 Trade is going to be one of the most controversial and difficult areas to negotiate for the UK, no matter which route of “soft” or “hard” Brexit the country is going to undertake. The EU accounts for about 50% of the UK’s external trade of goods and services, and reaching a satisfactory agreement with the EU will be one of the priorities.

The Centre is going to keep a permanent observatory on the ongoing negotiations, focusing in particular on the following topics and areas of research:

There are at least five main possible options for a post-Brexit regional agreement with the UK. They include the so-called Norway and/or the Swiss solution that represent that most likely (and desirable) ones. Both come, however, with a price and a series of shortcomings, and the discussion about pros and cons is going to take a long time, especially because the first scenario (the Norway solution) clashes with the “no people/labour free of movement” that the British Prime Minister has identified in her speech to the Conservative Party conference in October 2016. Moreover, while the UK had been a founder member of EFTA, the country withdrew when joining the EEC in 1973. Re-joining the EFTA would imply the agreement of the other members, which looks by no means automatic.

Whatever the outcome of the UK and the EU exit agreement, there will be important consequences for UK companies. They will be obliged to develop a certain trade awareness that before was only necessary in external-EU trade settings. This includes trade declarations (the commercial invoice will no longer be sufficient), statistical requirements, a more complex logistics and, in the case of exiting the customs union, dealing with complex rules of origins regulation, which according to some estimates would probably add between 4% and 15% to the total costs of exports.

3) The rest of the world: Commonwealth and transatlantic relations after Brexit.

It is impossible to preview how the trade relations of the UK with the rest of the world – countries of the Commonwealth and the USA first of all - are going to change upon Brexit, and there are many observers that doubt that there would be an effect of trade substitution, making up for the loss of market share in the EU.

4) Incoming FDI to the UK as a gateway to the EU.

A final area of concern regards the role of the UK as facilitator and together point of access for many emerging economies investment into the EU. There is evidence, for example, that the UK plays the important role of channelling Chinese OFDI into the European market, especially in the last five years. In a post-Brexit scenario, this might no longer be the case, with a resulting loss of competitiveness of the UK economy.

The Centre is going to promote a series of initiatives covering the above mentioned themes, fostering cooperation with other think-tanks and institutions active in the same areas. Moreover, the Centre is going to proactively engage with the local business community to provide much needed expertise in foreign trade. In the same logic, it will deliver a brand-new PG Certificate in Trade Management & Policy, developed at Faculty level and pitched at the professional level, to cater to the growing needs of UK companies of a trade awareness and expertise to carry out international trade and negotiations. The certificate is going to cover key areas such as selection of target market, exporter toolbox, legal obligations of international trade, incoterms, global SCM and IFFs and methods of payment.