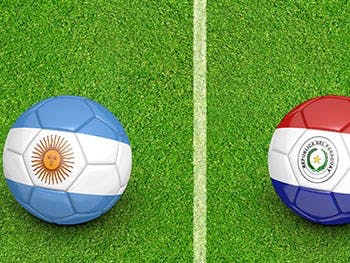 We may see organisations back out of being a World Cup sponsor or even being associated with the sporting event, a Birmingham City University governance expert has warned.

Swiss authorities arrested a string of FIFA officials in a raid this morning and opened criminal proceedings over the awarding of the 2018 and 2022 World Cups. The arrests on behalf of the US authorities form part of an international investigation into bribes worth $100m, spanning three decades.

“With advertising at football matches still being big business, we have to wonder whether FIFA’s association with the World Cup will still work, especially with so many other industries being involved in the promotion of the sporting event. It might be that brands will back out of being a sponsor or even being associated with the World Cup now.”

“FIFA is pressing ahead with its election of a new president and a statement on its website states it is fully co-operating with the new investigation into the 2018 and 2022 World Cup events. Football fans are likely to read this with much scepticism though. With nine of the 14 charged today holding executive committee or senior positions at FIFA, can any football fan take on face value such a statement? FIFA should be worrying about how football fans and clubs will respond.

“This investigation has obvious social purpose and a global reach, but all organisations must make sure they know and understand how this can happen and create the culture as well as the controls that make corruption and bribery a thing of the past. Even the smallest of organisations can be involved in corruption and bribery, knowingly or not, and no-one should ever be above doing what is right and responsible.”