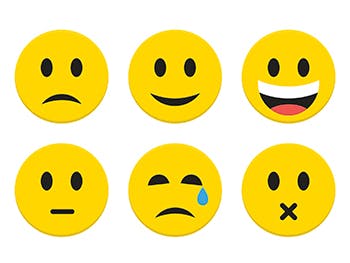 British company Intelligent Environments announced today that it has launched an emoji alternative to the traditional four digit PIN code used for accessing online banking, claiming this method is more secure because there are more potential combinations.

Professor Jackson believes that introducing emojis could leave users worse off, and more confused as they try to remember multiple passwords.

He said: “The difficulty with emojis is that there are several options for the same expression – there isn’t just one smiley face, but several alternatives, whereas we all know what a letter or number looks like. Emojis can also vary between Apple and Android phones, which could cause problems if you decide to switch platforms, or want to access your account from a different device.

“At present this method couldn’t be extended to ATMs or used in retail outlets, therefore customers would still need a PIN code to access their account when not online, which would mean they would in fact need to remember more than one code.

“Although emojis provide users with many more potential unique password combinations, if people were more savvy when choosing PIN codes and avoided predictable combinations such as birthdays or ‘1234’, then this would equally ensure they are protected against online fraudsters.”