Crisis talks as 260,000 Midlands jobs at risk after steel crash 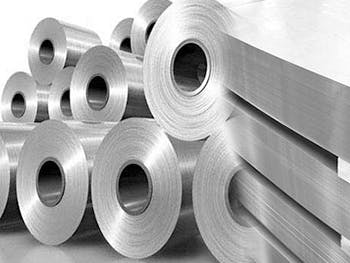 Crisis talks will be held at the University after shocking new figures revealed more than 260,000 Midlands jobs have been placed at risk by the UK’s steel crash.

Business leaders, academics and economists will meet to set up the Midlands Steel Taskforce and thrash out a strategy to support the region’s operators dependent on, or connected with, the steel industry.

The initiative is being spearheaded by Birmingham City University’s Institute of Design and Economic Acceleration (IDEA) and the West Midlands Economic Forum which both aim to support growth across the region.

The numbers released by the West Midlands Economic Forum show that cuts faced by steel giants like Tata and Caparo mean hundreds of thousands of people working in the Midlands supply chain could be left without jobs.

They will be joined by up to 20 industry practitioners, support and lobby organisations including:

If we are serious about rebalancing the UK economy it is time we understood more explicitly the interconnections within our supply chains that enable companies based in the Midlands to compete internationally.
Beverley Nielsen

"If we look at the steel industry in isolation we might just shrug our shoulders and say ‘that’s international markets, there’s nothing we can do.

"But if we think creatively working to have real understanding about the many parts making up our Midlands ecosystem, then we may decide that it’s time we stood up for our businesses and the many people in them that make them work."

Speaking about competition for international market share, Andrew Thorpe, Chairman at Thorpe Lighting, said: "Chinese imports on finished commercial lighting fittings into the UK pay an import duty set by the EU of 2.7 per cent.

"If we want to export similar products the import duty is 20 per cent into China. Copyright and protection of our IPR is an issue. Google “landwind” and have a look at this Chinese made product that is nothing to do with Land Rover.

"We need to wake up and start tackling issues that are within our reach - which we have invested in and built up over many years."