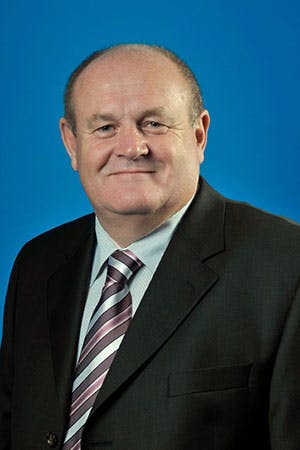 Thirty years after opening his first nursery, John Woodward, founding member of Busy Bees childcare, will be awarded with an honorary doctorate on Monday 24 February at a Birmingham City University graduation ceremony.

Born in Walsall, John started his career almost 40 years ago as a school teacher and is now widely recognised by his industry peers for his major contribution to the nursery and early years education sector.

Unable to find flexible and good quality day-care for their own children, John and his wife, along with their friends, cooked up the idea of opening their own day care nursery that would meet all their parental needs.

After selling their homes in 1983, John, his wife and his friends Marg and Pete Randles, moved into a property in Lichfield, turning the ground floor into their first privately-run nursery. John's experience in teaching and helping children with behavioural difficulties has been instrumental in shaping the way they run their business; ensuring that each day care centre provides a caring environment and delivers good education.

Now the largest childcare provider in the country, Busy Bees operates 213 nurseries throughout the UK and employs over 7,000 staff. The Busy Bees brand is set to go international after partnering with the Ontario Teachers' Pensions Plan in 2013.

Realising the financial burden of childcare that was placed on families, John was the brains behind the launch of Busy Bees childcare voucher in 1998. The scheme, now run by Busy Bees Benefits, revolutionised childcare for working parents by allowing them to use vouchers as a non-taxable benefit to pay for childcare. The scheme has been utilised by organisations across the UK resulting in more than 500,000 parents in the UK making use of the childcare vouchers.

John has recently been appointed to the Advisory Board of Estro Catalpa, the largest pre-school operator in the Netherlands and has been the Global CEO of Knowledge Universe Education, which has significant multi-site educational interests in Singapore, Malaysia and India.

John's award ceremony is taking place at 10am on Monday 24 February at Symphony Hall, Birmingham.