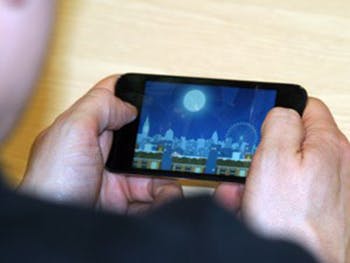 Three years ago I wrote a piece for The Huffington Post in which I asked the question whether, based on the first fall in its profits in a decade that had led to a severe drop in share price, the technology company Apple was losing its attractiveness.

The passing of founder Steve Jobs resulted in many questioning whether the company could maintain its commitment (some would say obsession) with creativity, inventiveness, attention to detail and usability that made its products so sought after.

The recent announcement that Apple’s iconic iPhone sold 74.8 million units in the last three months of 2015, creating quarterly revenues of $75.9bn (approximately £53 billion) and what are record quarterly profits of $18.4bn (£12.9 billion), is a situation that many corporate entities can only dream of.

However, what is causing concern is that Apple is seen as being far too reliant on the iPhone, though to be fair, the company sold 16.1 million iPads and 5.3 million Mac computers in the last quarter of 2015 too. But these products are significantly less popular than they once were.

What many believe is that the market for smartphones, tablets and similar products is now mature in the West and China, and that unless Apple can develop new innovative products it could potentially start to see a reduction in sales that leaves it vulnerable to a situation similar to the one experienced by the makers of the BlackBerry range of phones.

There is the Apple smartwatch and talk of an Apple electric ‘iCar’. However, these are not seen as being as revolutionary and market-changing as the iPhone has proved to be.

An emerging market that could be very revolutionary is that of virtual reality. Apple CEO Tim Cook has publicly stated that he sees virtual reality as being “really cool”, which may suggest that this is the direction that the company sees itself going in the future. But this is an area in which there is incredible dynamism and invention; especially among small start-up ventures. Whether a behemoth such as Apple can be smarter and more ingenuous in developing new ideas and products remains to be seen.

In the meantime Apple will, for the foreseeable future, continue to enjoy the revenues of the iPhone though, as the history of products has shown, the point at which perceived allure declines can be as sudden as it is rapid.

And the corporate ‘graveyard’ is replete with once great companies whose fortunes diminished so quickly that they were unable to survive let alone maintain the inventiveness that allowed them to enjoy incredible – though temporary – competitive advantage.