Let’s bring the countryside into the city: rethinking the planning debate 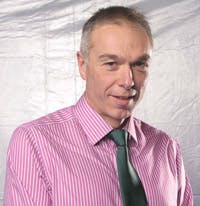 Innovative research at Birmingham City University calls for the radical rethinking of the relationship between town and city with a call to bridge the greenbelt - and bring the countryside into the city.

With a raft of new ideas being showcased at a research summit on Wednesday 29 February, researchers at Birmingham City University are encouraging people to see the results of 18 months’ work. Among the radical ideas are:

Birmingham City University researchers will draw directly on work in Hampton, near Peterborough, and North Worcestershire, which involves a rural-urban link from Redditch to Birmingham.

“What we need to do is to radically re-think the way we manage the areas where the urban meets the countryside.” said Professor Alister Scott, from Birmingham City University and one of the UK’s leading academic experts on managing the rural-urban fringe.

“For example, the greenbelt policies which were brought in during the 1940s were right for their times. But as a legacy we believe we have created a no-man’s land which has stymied good development rather than inspiring it.

“We need to look at the bespoke needs of each area in the rural-urban fringe. So as well as greenbelts which ringfence our towns and cities we need to develop ‘green corridors’ or ‘green wedges’ or other green models that reflect the local context. These more imaginative shapes may promote more sustainable travel and provide closer links to quality greens pace.

“Not only would this type of development provide healthier and more diverse environments it could also encourage a new way of living.”
Professor Scott believes urban communities could enjoy the good life and develop sustainable agricultural schemes in urban spaces. Self-sufficiency that could help tackle the pending challenges of climate change and food and water shortages.

Professor Scott added: “We face a future that will look significantly different to now – and we therefore need to plan in a radical way. For the first time since the fall of the Roman Empire major cities in the West, such as Detroit in the USA, are seeing large swathes of their urban environments returning to rural states.

“Our conference will highlight how we can better manage this change and create exciting spaces that will be fit for purpose in the next century. Rather than keep the rural and urban apart like two enemies we must work with them as integrated environments.”

The conference will be broadcast worldwide through network giant CISCO. More information about the Managing Environmental Change at the Rural-Urban Fringe (MECRUF) conference can be downloaded here or places are available on request by emailing benstonyer@davidjarvis.biz