Celebrating Women in Architecture on #EthelDay

The name ‘Ethel Day’ is inspired by Ethel Mary Charles, the first woman to join the Royal Institute of British Architects (RIBA). Ethel joined RIBA on 5 July 1898, and the attitudes of the time meant that her journey into architecture was not straightforward. As a woman, she was barred from attending the Architectural Association School of Architecture, and she struggled to obtain commercial development projects, which were reserved for male architects.

Things have come a long way over the last 119 years. Here we celebrate the women who have made history in built environment, engineering, and architecture roles.

One of the first public buildings in Britain to be designed by a female architect was the Royal Shakespeare Theatre in Stratford-upon-Avon. The Theatre was designed by Elisabeth Scott in 1932, who won the project as part of a design competition. As one of the first prominent female architects, Scott ensured that women were represented on her project teams and worked to promote wider acceptance of women in the industry.

One of the most recognised female architects is Zaha Hadid, who studied at the Architectural Association School of Architecture in London, the same school that Ethel Mary Charles was refused entry to in 1893. Hadid’s notable projects include the London Aquatics Centre, used for the 2012 Summer Olympics, and the Evelyn Grace Academy in London, which won the RIBA Stirling Prize in 2011. 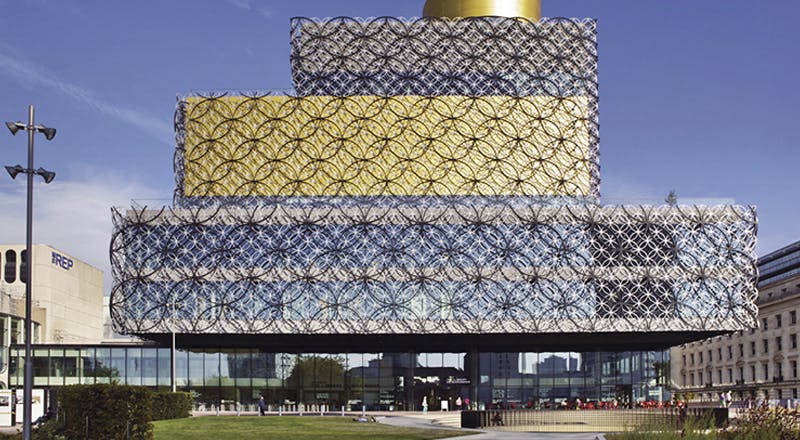 A little closer to home is Francine Houben’s Library of Birmingham. The Library of Birmingham saw Houben win The Architects’ Journal 2014 Woman Architect of the Year Award, and as she explains, “Architecture is about teamwork, about being supportive and visionary at the same time. Women are especially good at that.”

We also have lots of female engineers and inventors to thank for technology and equipment that are used in architecture and building every day. Alice H. Parker patented the first design for gas heating for houses in December 1919, a design which has helped to provide central heating as we know it to homes all around the world.

Marie Van Brittan Brown invented one of the first CCTV security systems in 1966 – it included a motorised camera and a remote door-locking system, designed to increase safety in an area with slow police response times. And researcher Dr Maria Telkes, along with architect Eleanor Raymond, designed and built the first solar-heated house in the 1940’s, a breakthrough for sustainable energy in architecture.

And of course, when celebrating women in architecture and the built environment, we can’t forget Elizabeth Magie who built the foundations for (arguably) the world’s favourite property development and real estate-based game, Monopoly!

Feeling inspired? Tweet us @BCUCEBE using #EthelDay, and tell us who your role model is. We have many wonderful female academic staff members teaching on our Built Environment courses.