Wu Yiming is a Chinese visual artist who was born in 1966. Wu Yiming has had numerous gallery and museum exhibitions, including at the Mind Set Art Center and at the ShanghART Shanghai.

Wu Yiming is a contemporary ‘literatus’, to whom the practice of painting and calligraphy have long become part of everyday life. In his view, Chinese characters, as well as the act of writing them, should form a cultural self-awareness. However, having lost its existential context, calligraphy has become alienated from our daily experience. Is it really still possible for us to return to the tradition of writing, and make it a commonplace activity? Absent this foundation, can we still engage in some kind of cultural dialogue with the past? In his most recent series of works, Wu focuses on the pronunciation variants that certain words develop in the process of cultural imports and exports, and transplants this emerging ‘vocabulary,’ produced by cultural collisions between East and West, into the respectable display form of traditional calligra-phy; he thus ‘misspells’ a variety of nouns now associated with entertainment and leisure — such as ‘yiqing,’ (Yijing or I Ching) ‘kongfu’ (gongfu or kung-fu), or ‘laiqi’ (lizhi or lychee’). Influenced by their English pronunciations, these misspellings of Chinese words lead to a set of words written with the wrong Chinese characters. The work emerged out of distortions inflicted by phonetic transcription and ‘keyboard culture,’ so as to express a sense of the globalisation-induced mental confusion that is occurring on a cultural level. 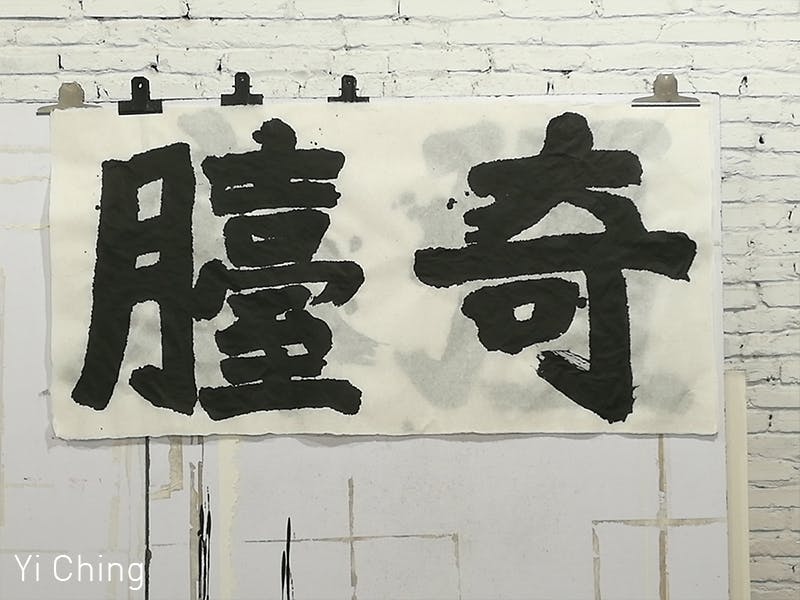 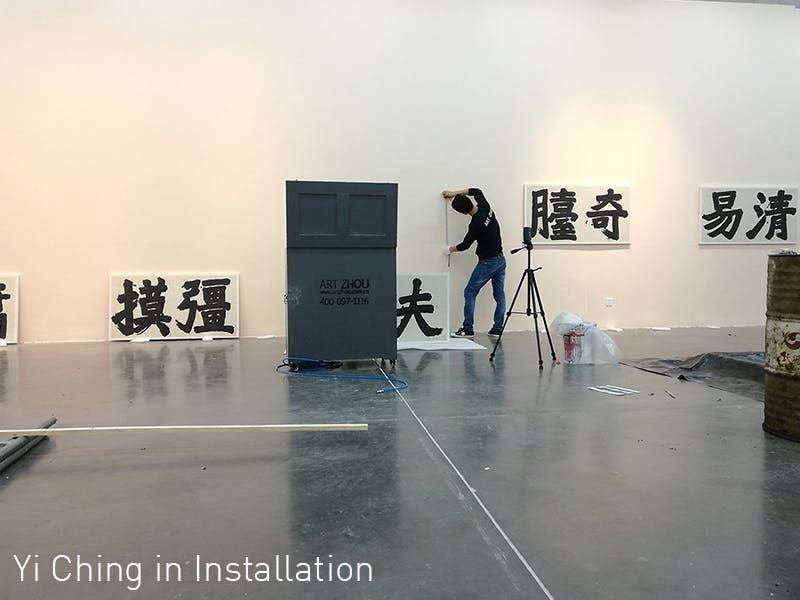 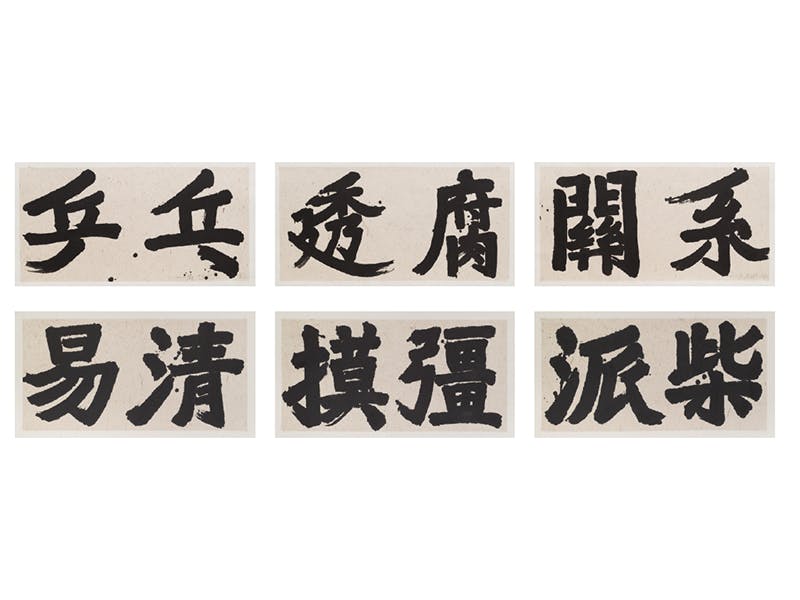