Liang Shaoji studied soft sculpture from Maryn Varbanov at China Academy of Art who was one of the world's leading tapestriest.

For nearly 27 years, Liang has been indulged in the interdisciplinary creation in terms of art and biology, installation and sculpture, new media and textile. His Nature Series sees the life process of silkworms as creation medium, the interaction in natural world as his artistic language, time and life as the essential idea. His works are fulfilled with a sense of meditation, philosophy and poetry while illustrating the inherent beauty of silk.

Approaching materials is not merely about drawing knowledge and inspiration from traditional materials, or adopting them selectively, but engaging in new visual explorations on the basis of these materials and the traditional craft to which they gave birth. Returning to the point of origin of fabrics, or to their basic constitutive unit, Liang Shaoji selected one of the most ancient and natural materials of all — silk, and made his understanding of the structure, texture, and physical prop-erties of this material a counterpoint to his philosophical considerations on the topic of traditional culture. He views his own artistic practice as existing ‘at the crossroads of art and science, biology and sociobiology, weaving and sculpture, installations, and performance art.’ In Snow Cover, Liang chose natural silk threads and willow twigs, symbols of life, to create the shape of a city in ruins in the middle of a snowy land. The snow-covered homes are dimly discernible; among them, there seem to be clusters of modern high-rise buildings and thoroughfares. Computer-modelled shapes and fragments of old pottery were mixed to create these ruins redolent of skeletal re-mains, or of some future archaeological excavation site.

Similarly, in Chains, what we notice first of all is not the materials per se, nor the form of the installation, but a sense of warmth and perseverance — that of the long and unbroken silk threads that hang from icy-cold chains and form thick layers on top of boulders, overcoming hardness through their own softness. The dialogue taking place between these two materials is so intimate that neither the viewer nor even the artist himself have any possibility of involvement: one side is dim and soft, thin and exquisite, lightweight, abstract and formless; the other is hard and bright, rough and far-reaching, heavy. 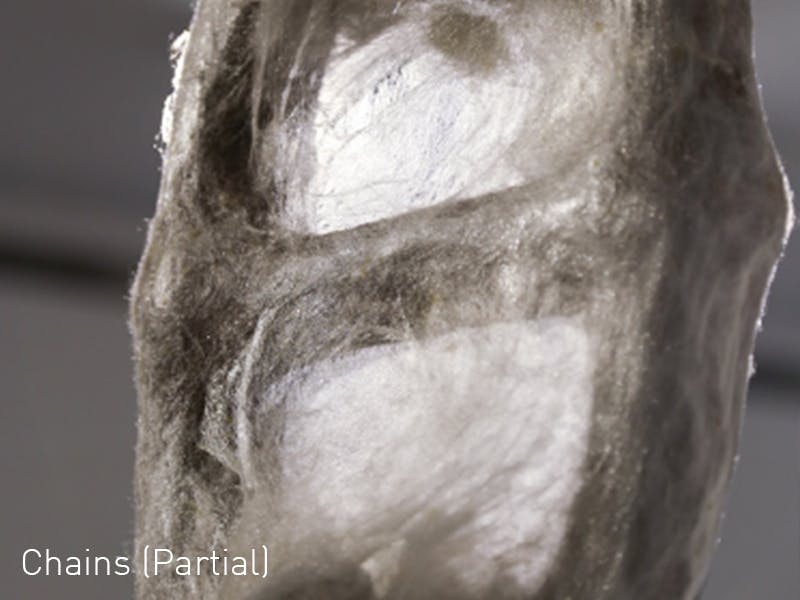 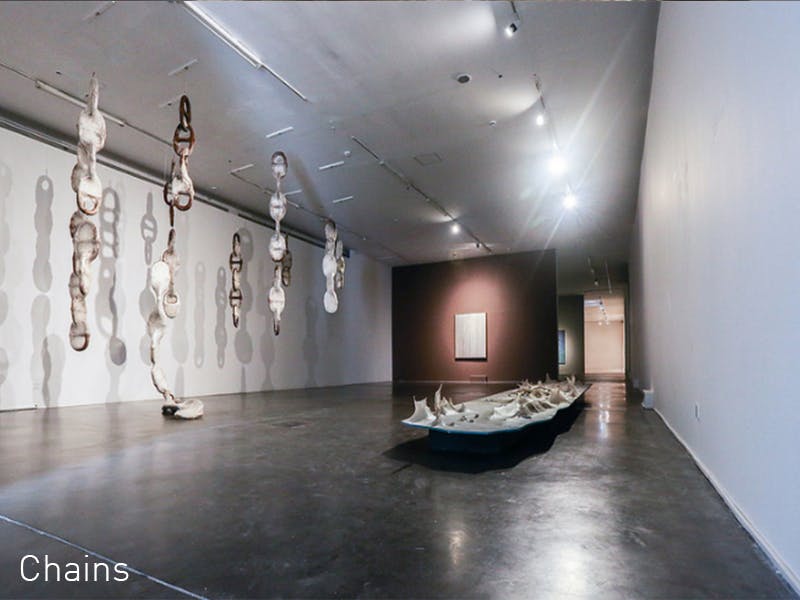 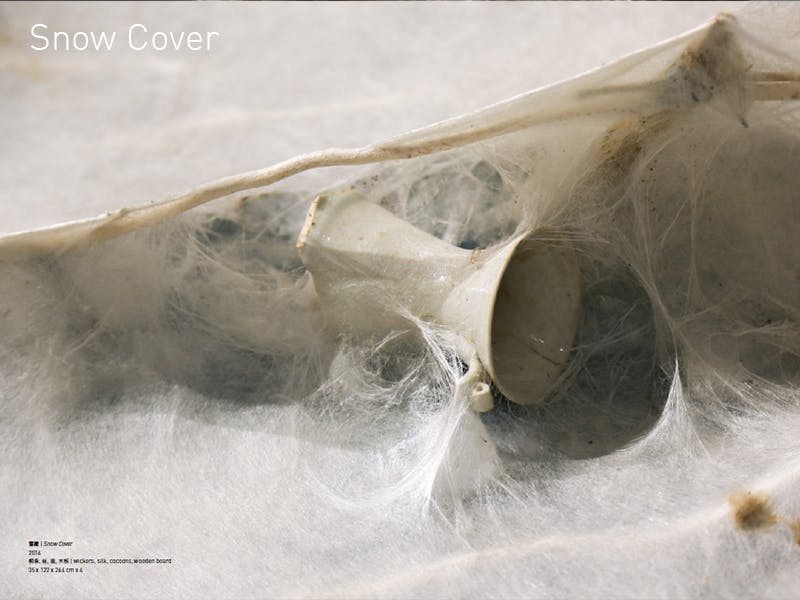