The project aimed to re-script A Pageant of Great Women, a Suffrage Play written by Ciceley Hamilton in 1909. This allegorical work of political agitation featured the embodiment of Justice, Woman and Prejudice, with a cast of 45 historic great women to promote a feminist perspective on emancipation.

We wanted to produce a contemporary reimagining of this powerful work by revisiting the original structure and intent of the play, whilst updating its content and delivery hoping to accomplish an empowering co-authoring by working with Bedfordshire's LGBTQ+ community to discuss and explore what a post-gender future could look like.

Workshops and participatory events would perform active ways of debating and co-writing in order to generate new dialogue and form a network of contemporary voices who want to comment on issues of gender and freedom. Participants would debate and select new cast members and work with forum theatre actors and contemporary forms of media to collectively develop a new agenda for the roles of Prejudice, Justice and Woman.

This creative process would enable participants to script their own concerns and hopes into a narrative that can act as both a significant social document for the time and highlight local issues surrounding the treatment and judgement of marginalised groups. Material generated will be converted into a script with the help of a guest editor, which will then be published and showcased through a live performance at The Place Theatre in Bedford.

This project represented a significant starting point for the wider ambitions of the design troupe Post Workers Theatre. PWT researches heritage forms of socially engaged performance, education and armature creativity from the Workers’ Theatre Movement and considering how they may be reimagined in a contemporary context.

How has the research been carried out?

The launch event, six workshops, rehearsal and final performance readings engaged a network of diverse voices, over 163 Participants in debating and co-writing a new play that comments on gender and freedom today.

The launch symposium took place as part of The Place Theatres LGBT History Month programme and was promoted through related events such as OUTing the Past Festival of LGBT History at The Higgins. This collective brainstorming event brought together seven guest speakers to revisit the structure and values of the historic suffrage play and created a new platform for collective understanding, awareness and celebration which significantly informed the workshops and new script.

Performer & writer Ray Filar, who identifies as non-binary, and theatre maker Claudia Jefferies, whose work is feminist and concerned with gender as performance, were brought in to co-run the workshops with Post Workers theatre. Theatre-maker Emma Frankland who makes award winning work relating to her own experience as a trans woman was also commissioned as guest editor. She delivered one of the workshops and was instrumental in structuring and writing the script.

The project has enabled Post Workers Theatre to test new approaches and develop a co-creative process for updating historical political theatre. The structure of the project successfully integrated participants with professional performers and writers through the workshops and the performance to create an informal and meaningful knowledge exchange.

It has been incredibly rewarding to see the effect that each aspect of the process has had on participants, public and artists involved.

The workshops created a deep engagement and proved to be truly collaborative experience for the participants, which is reflected in the following comment(s):

“I just wanted to say how much I have enjoyed the workshops so far- found them to be really fun and a lot easier to contribute/ feel like a valued member of the group than I had initially anticipated.” Michelle O'Higgins Theilmann

“It’s very rewarding to realise that you can create things of your own experience and of what you are learning about other people.” Emily Ross, Bedford-based trans* creative

“The thing that I've enjoyed is seeing the project develop week after week.” Harry Whittaker, Theatre student, University of Bedfordshire

“I’ve never been involved in the making of a script and then been part of the performance and through these workshops, it's been really interesting and I feel like I have learnt a lot about great women and non-binary people as well that I wouldn’t have known otherwise.”

“The thing that I've enjoyed is seeing the project develop week after week. Going from workshopping ideas at the start of the process to working on all these different exercises and then coming into rehearsal and seeing this script, getting it up on its feet and now we are performing it”.

Harry Whittaker, Theatre student studying at the University of Bedfordshire

“Very useful and so pleased this took place.” “came for entertained; experienced so much more. entertained, inspired and intellectually stimulated.”  “fantastic thought provoking performance - amazing to be able to attend such an event for free! Open to all!.”

“really excellent moving performance.” “I thought it was exceptional. v inspiring and thought provoking - I would have paid too.”

“Having attended the initial meeting to discuss the play prior to the workshops themselves, it was fascinating to see how the ideas first brought up then have been developed over the last few months. Overall, this witty and well written play is a fantastic and powerful watch.” 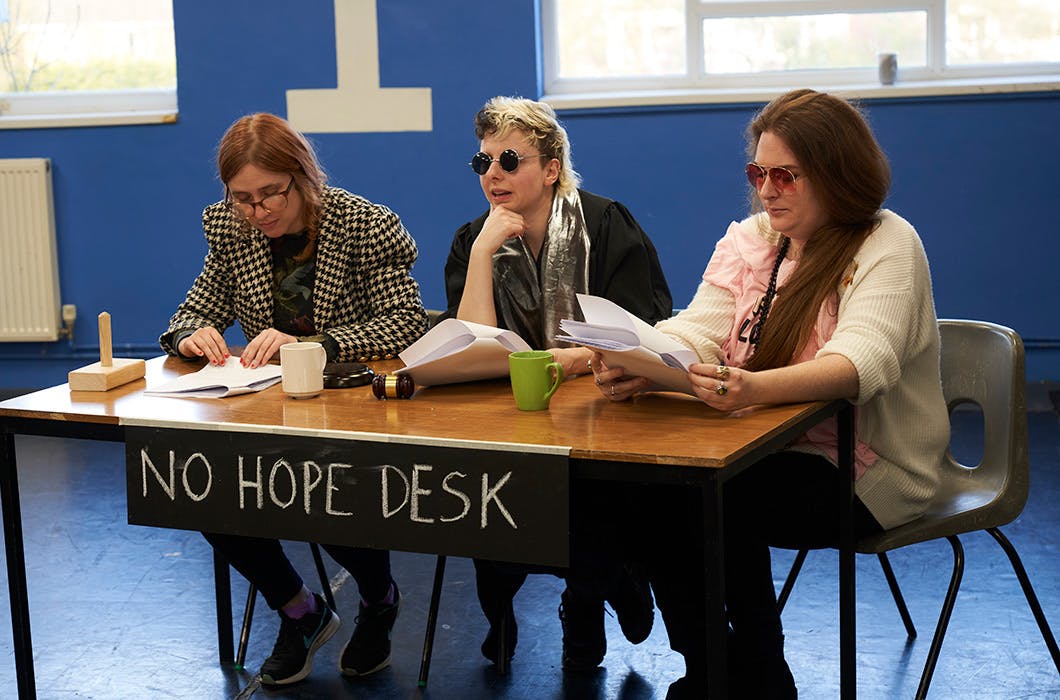 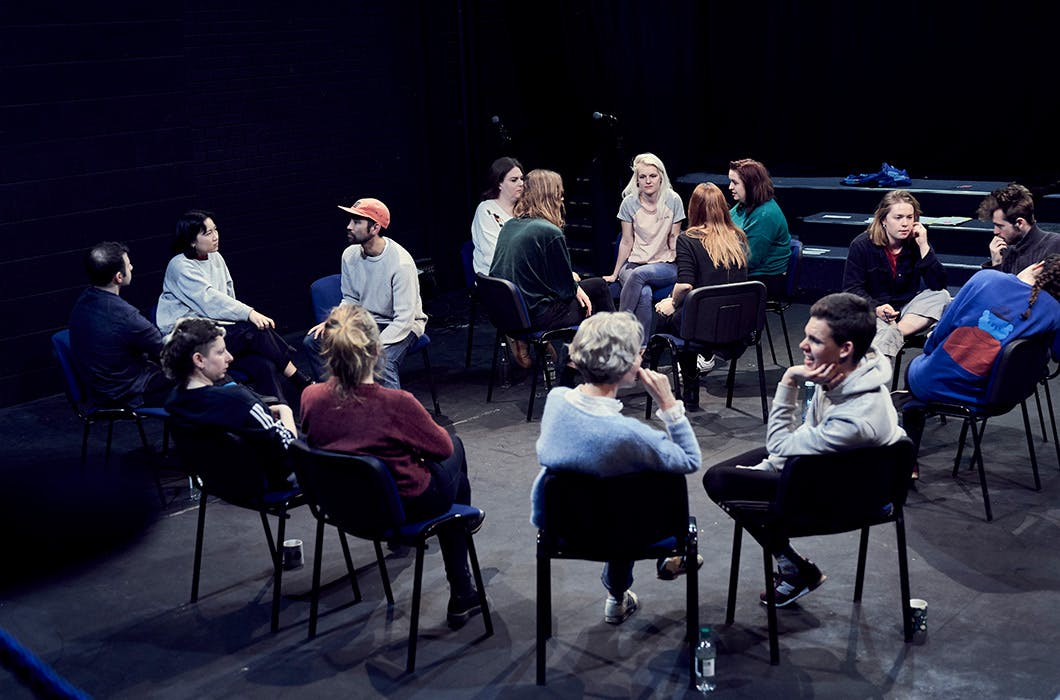 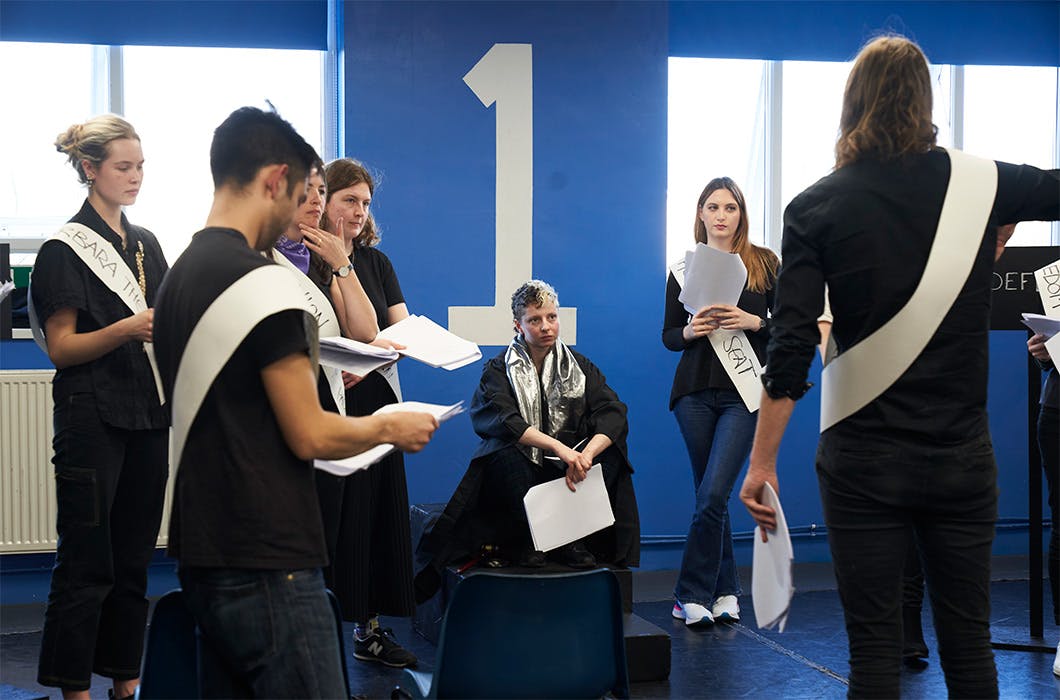 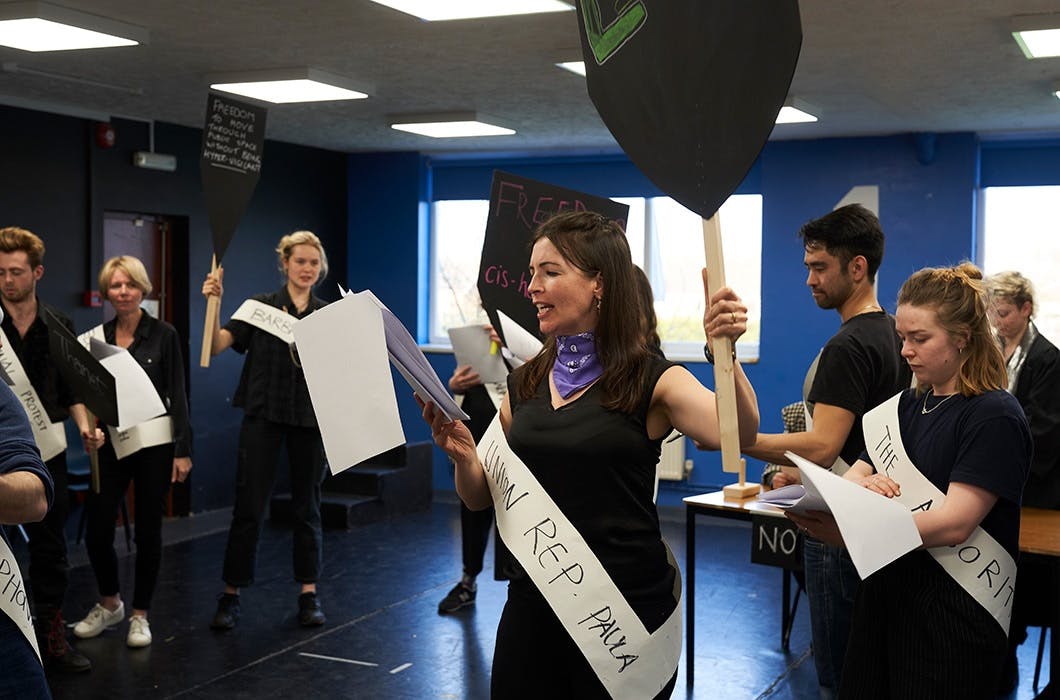 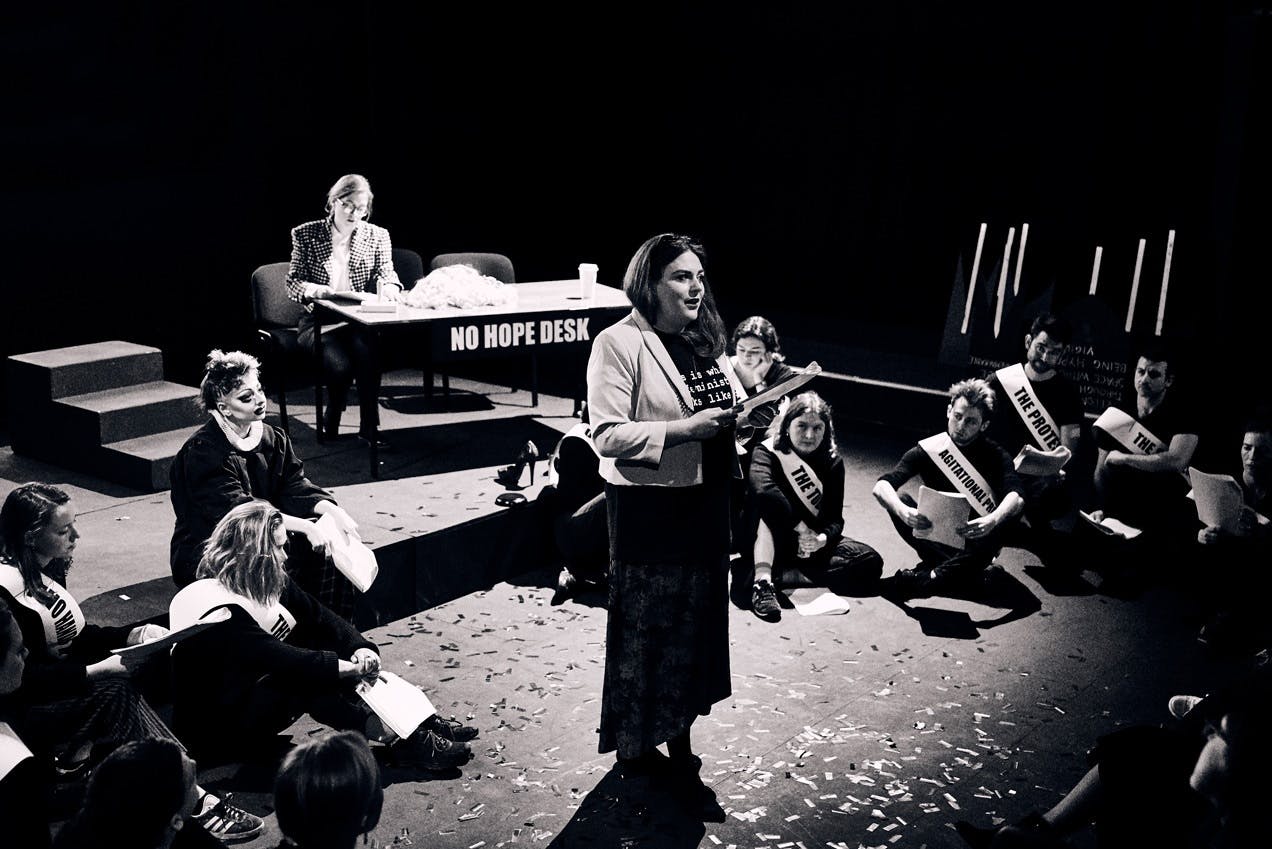