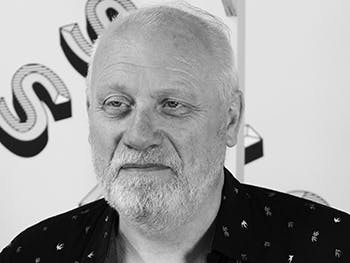 My swap in Liverpool was a pair of Michael Jordan Air trainers by a couple from Surrey who were in Liverpool for a family party. They were purchased in New York two years ago and have not been worn.  The husband surprised his wife on a trip to New York to celebrate their wedding anniversary and his 40th birthday. They stopped outside Tiffany’s and the wife became excited in anticipation of him buying jewellery for here, he walked past after window shopping and walked on and treated himself to a pair of Air trainers. The wife said laughing he has not worn then properly because of guilt.

My work reflects this story and the story of Birmingham production manufacturing shackles, chains, padlocks and guns for the slavery trade. The Michael Jordan logo is shackled made from gun metal chains, the necklace if fixed within a black wooden box, representative of slave transportation ship and so cannot be taken out of the box or be worn. This work is about the abolishment of the slave trade.

I am a "Brummie" and have worked in production for some 30 years, so when this opportunity came along it was an opportunity for me to research Birmingham, the first manufacturing town in the world. 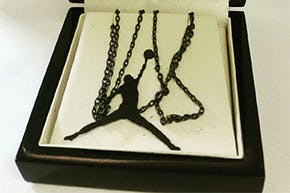