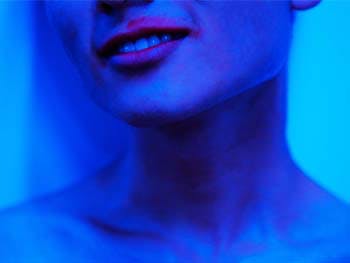 Students at the Birmingham Institute of Fashion and Creative Art (BIFCA) in Wuhan, China have been showcasing their artistic and technical work, marking the completion of the Institute’s first academic year.

Students at BIFCA also have the option of spending half of their studies in the UK at Birmingham City University’s brand new City Centre Campus.

Last month, BIFCA was incorporated in to the University’s Faculty of Arts, Design and Media (ADM), which is the UK’s largest trainer of arts professionals outside the country’s south east. Birmingham City University is also fourth in the UK for drama and dance, and fourth for music (Guardian League Table 2018).

“Since the launch ceremony of BIFCA in September 2016, attended by the Lord Mayor of Birmingham, Carl Rice, the British Consulate and Government officials of Hubei province, we are concluding the first year’s running of BIFCA with joys from the students and staff.

“The first year is rather challenging for students and staff; however, I am extremely impressed with the students achievement, which reflects the growth and commitment of our students, as well as our school. I have every confidence for an even brighter future ahead of us.”

During their first year’s study at BIFCA, students mainly focus on improving their English language skills while they also study 30 credits of their subject modules, as an introduction to their degree studies.

“Almost all students at BIFCA come from an art background, and arrived with basic English proficiency. The students have excelled themselves, both linguistically, but also in being able to acquire industry-ready coding and web development skills. They should all be proud of their progress with us so far.”

Stefano’s Digital Media Technology students took part in two web development projects during the academic year. Initially, working in a team of up to four people, they had to find a client among businesses close to the campus and design a website for them, meeting specific requirements. Later in the year, students created a web application for an individual project.

Birmingham City University is one of just 63 universities in the world to be given the green light by the Chinese Government to set up a jointly run higher education institute in China. BIFCA was officially launched in September 2016 by the Vice-Governor of China’s Hubei province, Guo Shenglian, the Lord Mayor of Birmingham, Councillor Carl Rice and the Consul General of the UK in Wuhan, Nick Whittingham.

It is Birmingham City University’s intention to make other subjects available to students in Wuhan, as well as to increase the range of its collaborations in China.

“In our first year at BIFCA my students have had two main landscape modules. During the first semester the students learned the basics of studying landscape architecture with a focus on exploration, creativity and finding inspiration.

“In the second semester the focus shifted towards visualising their design work using computer programs.

They spent the semester developing their software skills before digitally revisualising their hand-drawn design project from the first semester.
Daniel Coombes

Meanwhile, Visual Communication students, working in groups, were asked to create a visual representation that combined an exploration of a given word and a given site. The project, entitled 'People and Places', encouraged the students to undertake new forms of research and experiment with materials and visual representation techniques.

Birmingham City University has over 5,000 Chinese alumni with many holding prominent positions in the creative arts, including Fei Liu, who was a previous winner of Harper’s Bazaar China Designer of the Year award.