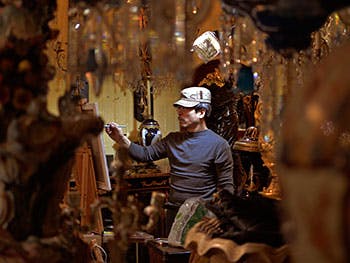 A Chinese contemporary artist, best known for his hyper-realistic paintings and drawings, is to be awarded a top honour from Birmingham City University when he receives an honorary doctorate from the UK institution next week.

Born in 1963 in Sichuan, Leng Jun (冷军) Jun graduated from the Fine Arts Department at the Hankou Branch of Wuhan Normal College in 1984 and currently lives and works in Beijing.

The artist is renowned for the incredible detail in his paintings which can only truly be appreciated up close or with a magnifying glass. In his artwork you can observe the precision of his paintbrush, with the artist capturing the shadow cast by a sweater’s thread on his subject’s skin, for example. He has developed his own method and style based on traditional western techniques, which take the visual expression and realness of oil painting to a whole new level.

Jun’s award will be conferred by the University’s Vice-Chancellor, Professor Philip Plowden on Tuesday 24 July in a graduation ceremony at Symphony Hall, Birmingham, alongside graduands from Birmingham City University’s Royal Birmingham Conservatoire and Schools of Art, Fashion and Textiles, Jewellery, and Visual Communication.

On finding out he had been selected for the award, Leng Jun said:

“It is certainly going to be a day to remember! Many thanks to the University, the Vice-Chancellor and all the friends who put in great effort to make this happen.

“In Chinese we have a tradition that calls to never forget a generous act and grasp every opportunity to return the hospitality that you've received. It will be a great honour if I have the chance to contribute to Birmingham City University in the future.”

Jun’s artistry has been described as “paintings that are beyond limits” by scholars, meaning they meet or exceed the expression of oil paint material. His artistic process relies entirely on sketching, rather than photographs, ensuring that every work is vivid and intriguing in its visual effect, capturing the minutest details. 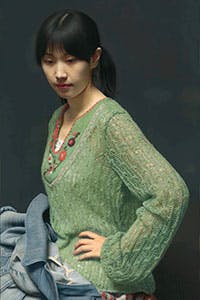 Leng Jun offered some words of advice to the Birmingham City University graduands he will meet next week:

“I am very honoured to be an alumnus of Birmingham City University! The study of art is not the same as other professions. Confucius said “志于道、居于德、依于仁、游于艺”– “let the will be set on the path of duty. Let every attainment of what is good be firmly grasped. Let perfect virtue be emulated. Let relaxation and enjoyment be found in the arts”). The general idea is that art is the last energy or path to the soul, which is second only to morality and benevolence. It is firmly placed in front of philosophy and science.

My understanding is that morality, benevolence and art are spiritual aspects, while all other disciplines are learned through human nature. Learning in these disciplines requires a diligent and genius mind, while studying art only requires sincerity and love. Therefore, in a certain sense, learning art is a more convenient passage to the truth. May we work together to make the future of art a prosperous one! 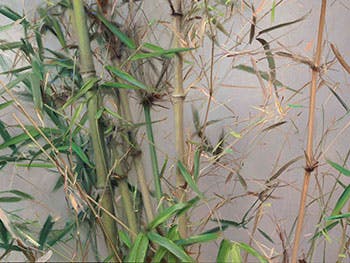 Birmingham City University is the largest producer of creative professionals outside the South East of England and the UK’s most successful recruiter for art and design in China and Malaysia.

Birmingham City University has over 5,000 Chinese alumni with many holding prominent positions in the creative arts, including Fei Liu, who was a previous winner of ‘Harper’s Bazaar China’ Designer of the Year award.

Furthermore, Birmingham City University became one of just 63 universities in the world to be given the green light by the Chinese Government to set up a jointly run higher education institute in China, when the Birmingham Institute of Fashion and Creative Art (BIFCA) opened in Wuhan in 2016.