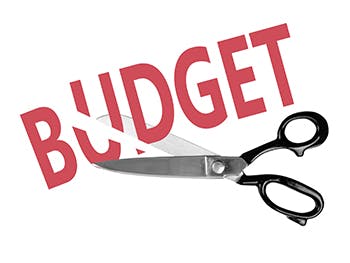 Government cuts and changes to creative education could contribute to the ‘collapse’ of an industry worth billions to the UK economy, an academic report has found.

Research carried out at Birmingham City University looked at changes to design practice, policy and education over the last decade and demonstrated that the subject was being increasingly marginalised in schools.

The report, titled Beyond Discipline: Design Practice and Design Education in the 21st Century, which was published by the University’s Strategic Creativity Research Lab, also found that design was being devalued by Government despite the industry accounting for 3.5 per cent of the country’s GDP.

Funding to the creative arts education budget has been slashed in recent years, and the subjects were omitted entirely from the English Baccalaureate, introduced to focus on subjects deemed ‘core’.

The report highlights the need for renewed investment in design and a rethink on education initiatives such as STEAM, which aims to connect the creative arts with science, technology, engineering and maths.

In a three-point action plan the research calls for:

Lara Furniss, Lecturer within the School of Visual Communication at Birmingham City University, drew up the report following research carried out with leading industry and education officials.

She said: “Negative impact of Government policy on creative education, particularly at secondary level, is already being seen, with creative subjects either being cut or regarded as inferior. This then impacts on students entering higher education and is a key driver in why undergraduate education is not working.

Government should support and give credit to creative education across all levels, encourage continued growth, and value the potential of this vital and ever-evolving sector
Lara Furniss

In 2014 new design and technology, and art and design curriculums were introduced but are not included as core subjects in schools, which the report says, places them as ‘fringe subjects’ which will not count in league tables.

The report calls for increased funding to creative arts education to support the creative economy, which is worth more than £70 billion to the UK each year.