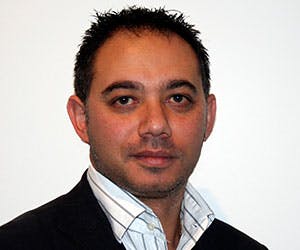 Professor Kevin Singh will be discussing his approach to contemporise architectural education, at his inaugural lecture on Wednesday 19 March.

The talk, titled “Collaborations”, will address how the boundaries between academia and practice can be blurred, showcasing how by working closer with industry students will be better equipped for life beyond graduation in the world of practice and business.

Professor Kevin Singh, Head of the School of Architecture at Birmingham City University, said: “My mission to contemporise architectural education is tackled by exploiting the opportunities and possibilities created by an enhanced relationship between education and practice.

“My various roles and responsibilities in this sector; from student to tutor to practising architect have allowed me to be well placed to evaluate many aspects of architectural education from a 360-degree viewpoint.”

The inaugural lecture will take place on Wednesday 19 March, 5.30pm, in the Lecture Theatre at The Parkside Building.