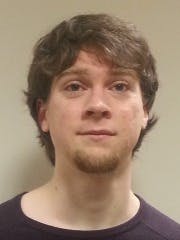 Robert Jones studied at Birmingham Conservatoire for both his undergraduate and postgraduate degrees, and currently works as a freelance cellist in addition to this role. Having undertook a wide variety of performances - from working with orchestras such as Orchestra of the Swan and Birmingham Royal Ballet Sinfonia, to performing at Glastonbury - he fully understands the challenges faced by a modern musician in addition to what it’s like studying at Birmingham Conservatoire. His other interests include reading, writing, yoga, gaming and mythology. Robert’s job is to help you find the support you may need, so if any issues arise don’t face them alone; have a chat with him.

Your Student Success Adviser is available to offer guidance to ensure that you have the opportunity to complete your degree to the best of your ability. The range of available support includes everything from advising on financial hardship, mental health support, essay writing skills, internal employment opportunities, fulfilling your academic potential and connecting with students on other courses to promote your creative and critical work. 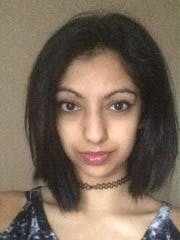 Ayeisha grew up in Birmingham. Professionally, her interests lie in directing and script-writing political theatre and writing and performing poetry and spoken word. Ayeisha’s first year at the University was great, albeit very hectic. She found a love for aspects of AP (e.g. stand up, script-writing and song-writing), which she had never properly explored before. Ayeisha met new people, learnt a lot and enjoyed herself. This has allowed her to realise the many different avenues she would like to delve into. 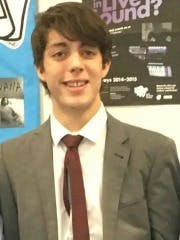 Charlie is a Trombonist from Nottingham. Having started at 12 years old, he played in Nottingham Youth Jazz Orchestra, Carlton Brass and the Birmingham Junior Conservatoire before progressing to the Senior Conservatoire last year. He currently studies under Ed Jones and Chris Houlding. Alongside orchestral playing, he also enjoys brass banding and jazz. At home he enjoys running and spending time with his dog Casper. 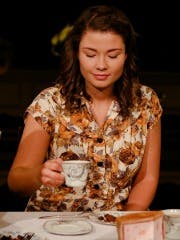 After completing the Foundation Course in Acting, Chloe progressed on to the BA (Hons) Acting course at Birmingham Conservatoire, and is now in her third year. With four years' University experience, Chloe has a lot of knowledge about student life. She is originally from Wales and has done courses with both the National Youth Theatre of GB and Wales. Chloe loves physical theatre and voice-over work, accents especially, and is also really into painting and selling her own artwork. 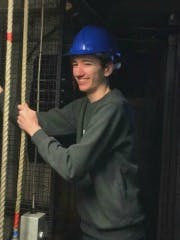 Conal is a second-year BA (Hons) Stage Management student at Birmingham City University. He is looking forward to welcoming you all and helping to make your first year as enjoyable as his was! 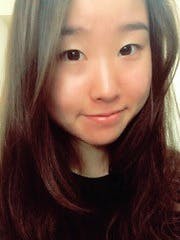 Kehan is a continuing student at Birmingham Conservatoire, studying piano. She comes from China and also lived in Singapore for seven years. Kehan speaks both English and Mandarin, and is happy to help and answer any questions you may have. 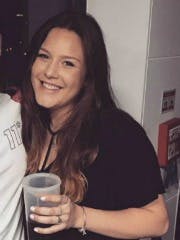 Lucy is a second-year BA (Hons) Stage Management student at Birmingham Conservatoire and is very much looking forward to meeting you all and helping you to settle in to life at Birmingham City University. 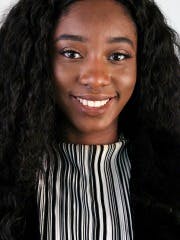 Mae Edwards is an undergraduate studying violin with a scholarship under Susanne Stanzeleit. Before starting her studies at Birmingham Conservatoire, she was a member of the Nottingham Youth Orchestra where she travelled on two European tours. At 16, she was awarded a scholarship to study at the Purcell School for Young Musicians. Mae enjoys writing about music on her blog, in addition to writing for D’Addario Orchestral. 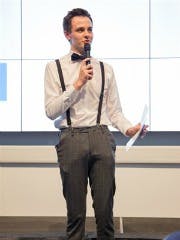 Samuel is 21 years old and originally from the town of Maltby in South Yorkshire. He is a massive fanatic of musicals, plays and world/community theatre. Samuel's first year at Birmingham Conservatoire has been ‘a whirlwind of surprises and discoveries, and the city of Birmingham has been at the forefront of that’. Being on the BA (Hons) Applied Performance (Community and Education) course, he learns something new each day, which he feels is shaping him in all different kinds of ways and opening his eyes up to the world. Being a part of the University's community in the past year, Samuel has grown to understand the importance of young peoples' voices and how they need to be heard; this has motivated him to achieve the role of a Student Academic Leader for his Faculty. His recognised achievements in the role include being shortlisted in the Extra Mile awards as well as winning Student Academic Leader of the year. Outside his studies, Samuel also co-runs a youth theatre for 8 to 11 and 12 to 17 year-olds, as well as working casually at Birmingham Hippodrome Theatre. 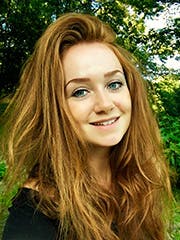 Holly Teague is a Soprano in her second year of study on the undergraduate course, and is taught by Cathy Benson. Prior to singing, she played the piano and the violin, and was a member of the CBSO Youth Orchestra with the latter. As a singer, she is looking forward to various upcoming competitions and concerts, and has recently returned from a summer in France singing, and trying to learn some useful vocab. In addition to Conservatoire life, she is studying Politics, Philosophy & Economics as a part time student with the Open University, and is looking forward to starting evening classes in floristry in September.

Every student at the School is allocated a personal tutor during the first few weeks at University. The personal tutor will be a member of your teaching team who can be approached for personal and professional advice during your time at Birmingham City University. Timetabled one-to-ones with them are integrated into every term and, of course, you are more than welcome to approach any of the team if you have a question or worries. If you are unsure who your personal tutor is please speak to your lead tutor.