Mat Levy – Graduated with PGCert in 2019 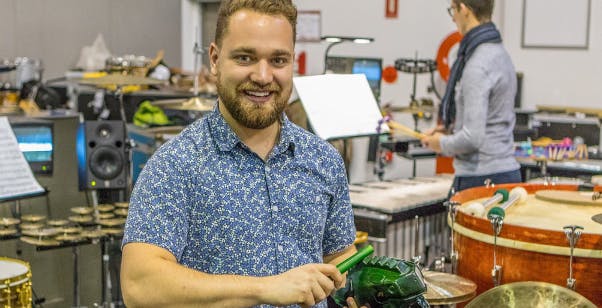 “Being able to choose the path that was right for me was key to my progression throughout my studies at RBC and enabled me to develop my portfolio career as a professional musician. There were so many opportunities to get involved in such a diverse range of activities; from orchestral percussion to education projects; the music of Latin America to solo and ensemble performances, these all played a vital role in my continuing development. The positive and friendly nature of the percussion department made my studies even more enjoyable and help was always given whenever and however it was required.

My time at RBC was a perfect mixture of one to one lessons with some of the finest percussion players in the country; hands on performance opportunities in the professional world; trips to countries such as Taiwan, Spain and Germany to compete in competitions and learn about the music of different cultures; creating long lasting personal and professional relationships with fellow students and teachers and above all else being able to embark upon an unforgettable journey.” 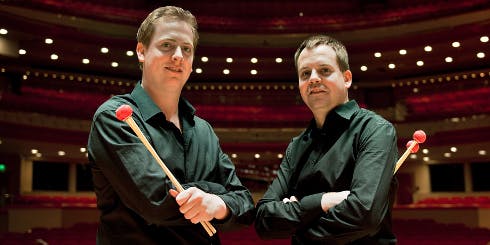 “I haven’t stop performing since I left RBC. My first years out have been incredible, with about 70-80 performances a year including concerts with Philharmonia, Britten Sinfonia, Aurora, CBSO European tour, BRB, Decibel Ensemble tour, LOKI and Persephassa with Millennial Percussion tour to Spain!”

"I really enjoyed getting to study with multiple percussion tutors, each being a master at their craft. Whether it was Latin Percussion, Timpani, or Orchestral studies, the wide range of players from around the U.K. and Europe was so inspiring, and their knowledge motivated me to become a better player. It was also great to have more of a peer to peer rather than a master to student relationship.

The tutors were obviously better and more experienced, but they made you feel like one of them. That feeling helped give me confidence to approach and interact more freely with other professional players. My biggest struggles going into my studies were ironed out by great teaching and helpful peers in the percussion department. It is safe to say that were it not for my time at the Royal Birmingham Conservatoire, I would not have made it into my first orchestra spot."