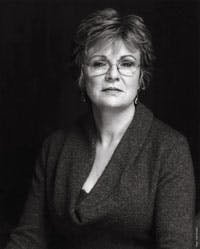 The actress, who originally trained to be a nurse at the Queen Elizabeth Hospital in Birmingham, was nominated for the honour by the University’s Faculty of Health.

The actress and comedienne, who is from Smethwick, eventually gave up nursing and studied English and Drama in Manchester where she met and started working with the then aspiring writer/comedienne Victoria. A couple of their works, "Talent" and "Nearly a Happy Ending," transferred to TV and eventually they were given their own TV series, "Wood and Walters" (1982).

In 1980, Julie scored a huge solo success when she made her London stage debut in Willy Russell's play Educating Rita as the hairdresser who vows to improve her life by attending a university course. Her performance won her both the Variety Critic's and London Critics’ Circle Awards. When the stage production was transferred to the big screen in 1983 her performance opposite Michael Caine as her college professor, earned her a Golden Globe Award and an Oscar nomination.

Other successes include the award-winning TV series Dinnerladies and winning an Olivier Award for her role in the play All My Sons. She has starred in films such as Personal Services (1987) Buster (1988); Killing Dad or How to Love Your Mother (1989) Stepping Out (1991) Prick Up Your Ears (1987) Billy Elliot (2000) Calendar Girls (2003) and the maternal witch-wife Molly Weasley in the J.K. Rowling Harry Potter series. For her work on film and TV, the British Academy of Film and Television Arts has honoured the actress five times, including four awards in a row (2001-2004).

She will be presented with her honorary doctorate at Symphony Hall on Monday 21 February 2011 at 3.45pm.