We offer specialist training to young musicians between the ages of eight and 18 with exceptional potential, and the ability to achieve that potential. Even absolute beginners as young as four years old can study with us through our Young Strings Project. We train young musicians to a level where they could gain a place at a senior conservatoire or music college and we offer preparation for the Associated Board exams to grade eight and diploma levels. 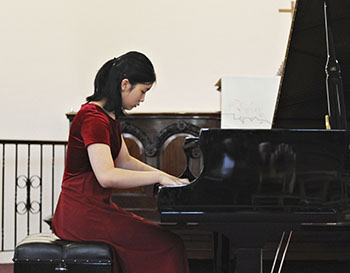 A 16-year-old pianist who studies at Birmingham City University’s Royal Birmingham Conservatoire was named as the winner of BBC Young Musician in 2018.

After impressing the judges at both the Keyboard Category Final and Semi-Final earlier, Lauren Zhang secured the top title in the Final of the prestigious national competition, which was held in Birmingham’s Symphony Hall on Sunday 13 May 2018.

Having spent a lifetime making music with some of the world’s finest musicians I can honestly say that Lauren is up there with the best – she is a total phenomenon.
Julian Lloyd Webber, Principal 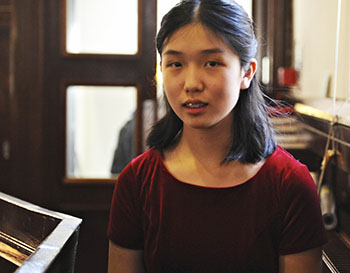 The Junior Conservatoire offers specialist training to young musicians between the ages of four and 18 with exceptional potential and the ability to achieve that potential. It trains young musicians to a level where they could gain a place at a senior conservatoire or music college, as well as offer preparation for the Associated Board exams to Grade 8 and Diploma levels.

Lauren has won many classes at local, regional and national festivals and competitions. In 2016, she was the first prize winner of the 15th Ettlingen International Piano Competition. She was also a prize winner at the Young Pianist of the North International Competition in 2015. She won the first prize of the European Piano Teacher Association (UK) in the 15 years and under category in 2015. She also secured third place in the Beethoven Intercollegiate Junior Piano Competition at the Austrian Cultural Forum London in 2015.

The fantastic musical education, supportive environment and long-lasting friendships that I have made at the Junior Conservatoire have always inspired me and immensely helped my musical development.
Lauren Zhang, BBC Young Musician 2018