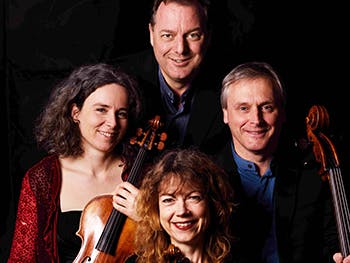 Booking is now open for the eleventh annual West Meon Music Festival, this year featuring a selection of exciting collaborations from RBC staff and students.

The festival aims to bring world-class chamber music performances to rural Hampshire, and runs over four days from 9 - 12 September.

Two of the keyboard department's brightest students will also feature; postgraduate student Roman Kosyakov will be giving a recital on 10 September, which includes a duet with John Thwaites, and Tanya Avchinnikova will join John in a late night concert for Kurtág's Hommage to Schütz.

Tanya has also been commissioned to create new paintings for Mussorgsky's ‘Pictures at an Exhibition’, which will be performed in the Friday recital, as well as featuring in a virtual concert to be released soon afterwards.

The festival will present nine main concerts, as well as several fringe events, including masterclasses and a children's concert.

For more information and to buy tickets visit www.westmeonmusic.co.uk.