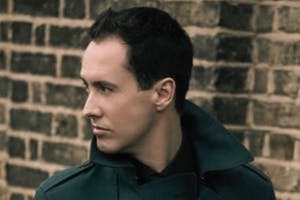 The release will be on the same day as the new movie of ‘West Side Story’, directed by Steven Spielberg, and includes a big band, jazz style version of ‘Maria’. Other songs include ‘Anthem’ (from Chess), ‘I Am What I Am’ (from La Cage Aux Folles), ‘The Music of the Night’ (from Phantom of the Opera) and ‘Bring Him Home’ (from 'Les Misérables').

Tom’s previous album ‘Beautiful Day’ was released in 2016 and went straight to No.1 on the iTunes Classical Chart.

Speaking about the album, Tom said: “During lockdown I needed a project and decided I wanted to release a series of self-produced musical theatre albums. It’s been such a difficult couple of years for everyone and I wanted to keep creative. 'Musicals, Vol.1' is the first album and includes eight songs that some would call the classics.”

Tom has performed roles in many West End and International productions including 'West Side Story', 'Chess', 'Chicago', 'Scrooge', 'Les Misérables', 'Into The Woods', 'Hello Dolly', 'Side by Side by Sondheim' and 'The Phantom of the Opera'. He made his Broadway debut in 'The Enchanted Pig' and created the leading role of William Hogarth in the Royal Opera House production 'Pleasure’s Progress'.

Tom regularly performs with some of the world’s greatest orchestras including The Hallé Orchestra, RTÉ Concert Orchestra and BBC Concert Orchestra alongside acclaimed conductors John Wilson and Stephen Bell. He recently performed for HRH Prince Edward at Windsor Castle, opposite Clare Teal at the Chichester Festival Theatre and at a live broadcast for the BBC Radio 2 50th Anniversary Concert hosted by Ken Bruce.