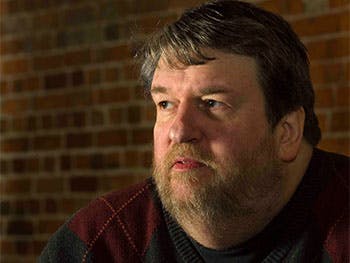 Oliver Knussen CBE, who has died at the age of 66, was one of the most influential composers and conductors of his generation. His recognisable and extraordinary work placed him at the forefront of contemporary music and his loss will be greatly felt by the music community globally.

Knussen received countless accolades and honours for his work in contemporary music and he was awarded his CBE in the 1994 Birthday Honours and received the Queen’s Medal for Music in 2015.

He had an extremely decorated career and, having begun composing as a teenager, he conducted the premiere of his first symphony at the Royal Festival Hall at just 15. From this moment, his career skyrocketed and he went on to compose pieces of music which took him painstaking amounts of time, but resulted in beautiful pieces of music that are widely loved and admired.

Oliver Knussen was a modest and endearing genius who inspired students and colleagues. As a composer and conductor he was exacting but generous, and always innovative. He has left a body of compositions and recordings that will stand the test of time.

As one of the most eminent composers and conductors of his generation, Knussen was requested globally. Recently, he had been Artist-in-Association with the Birmingham Contemporary Music Group and a Professor at the Royal Academy of Music. Further afield, he held residencies at New York’s Eastman School of Music, New England Conservatory and the Library of Congress in Washington DC.

He was also one of the world’s leading artistic directors; he was co-artistic director of the Aldeburgh Festival and Head of Contemporary Music at the Tanglewood Music Centre in Massachusetts. All of these achievements highlight how talented and sought after Knussen was and how greatly he will now be missed.

His most famous work includes ‘Where the Wild Things Are’ and ‘Higglety Pigglety Pop!’. Both of these are widely recognised for their unique and colourful design as well as their superbly vivid orchestration. Much of Knussen’s work has been acclaimed for its concision, complexity and research, and it was the subject of the BBC Symphony Orchestra’s Total Immersion festival in 2012. His Third Symphony is now widely regarded as a 20th Century classic.

Knussen leaves behind a wonderful legacy as composer, conductor, teacher and curator, and his influence will be long-lasting.