Proms at the Bradshaw Hall 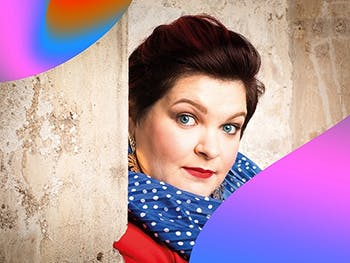 This year, the BBC Proms is restored to its full eight-week programme that encompasses 84 concerts over 57 days with over 3,000 musicians. The concerts will take place across the country from Friday 15 July to Saturday 10 September, including a performance at RBC on Monday 29 August.

Every concert will be broadcast live on BBC Radio 3 and will be available on BBC Sounds, and 22 Proms will be broadcast on BBC television and BBC iPlayer, including the First Night and the Last Night of the Proms.

This year, the Proms looks back across 100 years of great British broadcasting to commemorate the BBC’s centenary year, and forward to a new generation of music-making, with more than 60 artists making their debuts this summer.

Bringing classical music to as wide an audience as possible is a key part of the Proms’ mission. For the first time ever, the Proms is taking its successful chamber music series across the UK. An array of world-class soloists and ensembles will perform repertoire in Birmingham, Belfast, Bristol, Cardiff, Glasgow, Liverpool, London and Truro.

Alumna and mezzo-soprano Claire Barnett-Jones (pictured), who was crowned winner of the Dame Joan Sutherland Audience Prize at BBC Cardiff Singer of the World 2021, will perform in the Bradshaw Hall with Simon Lepper on piano on 29 August, from 1-2pm.

Claire will celebrate the songs of 2022 Proms featured composers Vaughan Williams and Ethel Smyth, and also bringing theatrical flair to a Shakespeare sketch by the late Joseph Horovitz. She will alsosing an entirely new piece from Proms favourite, RBC Visiting Lecturer and award-wining composer Errollyn Wallen.

Tickets go on sale on Saturday 21 May at 9am, and the performance will also be broadcast live on BBC Radio 3. There are limited free tickets for BCU staff and students with discount code BCUSTAFF / BCUSTUDENTS, and under 16s go free. Book here.

Controller for BBC Radio 3, BBC Proms, BBC Orchestras and Choirs Alan Davey said: “This year we want audiences everywhere to know that the joy and communion of live music-making is back. With more ways than ever for people to enjoy the events in person, on radio, television and online, the BBC’s ongoing commitment to running the biggest classical music festival in the world allows the Proms to be one of the most inclusive musical experiences anywhere.”