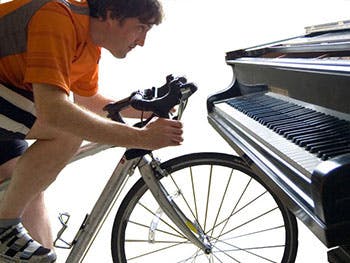 Imagine 20 pianists, TV star and impressionist Alistair McGowan and celebrated actor Simon Callow in an all-night musicfest, plus a pianist who cycles through the night, arrives at dawn and sits down to play…

Well now you don’t have to! For one night only (Friday 3 March at Town Hall Birmingham) Birmingham Conservatoire has put together a ‘Piano All-Nighter’ – a nocturnal ‘pianothon’ of featuring some of today’s greatest pianists, celebrity guests and musicians from its own ranks.

The 12-hour, through-the-night, voyage of discovery was inspired by the all-night jazz sessions of the 1950s and 1960s at Town Hall Birmingham, and features over 20 pianists and guest artists including Alistair McGowan, Simon Callow, ‘The Olympianist’ Anthony Hewitt, Gergely Bogányi, Peter Donohoe, Mark Bebbington and Dr Anna Scott, plus a mystery guest of international stature.

Impressionist and amateur pianist Alistair McGowan – whose rekindled love of the piano is an inspiration for anyone who learned as a youngster to start playing again – will play music by Satie, Grieg and John Field.

“Satie has been a passion of mine since I found out about his crazy lifestyle. His spare piano music is generally quite attainable for keen amateurs like me. It has been incredibly influential on modern composers. He really was a man ahead of his time.

“Grieg was one of the first composers I knew about as a child. My father loved his ‘Peer Gynt’ suite. My mother played the ‘Nocturne’ that I shall attempt. I have only recently found out that it is one of his ‘Lyric Pieces’ and as I hear more of them, I am itching to play more of them. 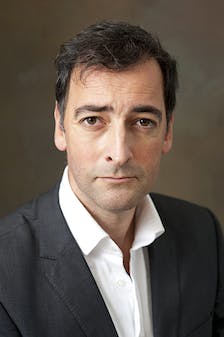 As with Satie, I have written a Radio 4 play about John Field. Field was the most famous and respected pianist of his day and his ‘Nocturnes’ paved the way for Chopin. He is much overlooked! His second ‘Nocturne’ – which I shall attempt to play in Birmingham – is my favourite of the 17 or so that he wrote. It is, however, full of technical challenges for someone of my level! It could be an interesting morning for us all!

The Olympianist, Anthony Hewitt – who famously cycled from Land’s End to John O’Groats in 2012 giving piano recitals en route – cycles through the night from his London home to arrive at dawn. His progress will be screened live to Town Hall’s foyer.

“Playing Ravel’s wonderfully descriptive ‘Gaspard de la nuit’ poses pianistic challenges at the best of times, let alone at 7am after having cycled 125 miles through the winter night! But I think I can do it, with the right ‘cyclogical’ approach!”

In the early hours, celebrated actor of stage and screen Simon Callow will perform Tennyson’s epic narrative poem ‘Enoch Arden’, in a setting for narrator and piano by Richard Strauss, with pianist John Thwaites. Callow’s lifelong passion for classical music has included producing opera and performing with orchestras around the world and makes him the perfect casting in a rare performance of this work.

The evening begins with the award-winning Hungarian pianist Gergely Bogányi playing the complete Chopin Nocturnes and other highlights include Beethoven’s three last piano sonatas performed by the mystery guest, Messiaen’s ‘The Garden Warbler’ from Peter Donohoe and music by John Ireland from Mark Bebbington. Dr Anna Scott takes a look at ‘Brahms as he might have heard it’, there’s a chance to hear a historic instrument, and prize-winning pianists and tutors from Birmingham Conservatoire’s own ranks are showcased throughout.

The inspiration for an All-Nighter comes from the Swinging Sixties, when Birmingham Town Hall regularly hosted all-night jazz festival gigs, pictures of which still adorn the lower bar. These sessions were filled with young people and students and, to encourage them, tickets for our All-Nighter start at just £1.
John Thwaites, Head of Keyboard Studies, Birmingham Conservatoire

“I wanted to put together something that was shocking in its audacity, youthful in its exuberance and, in its totality, offering the finest night of piano playing anywhere on the planet this year!”