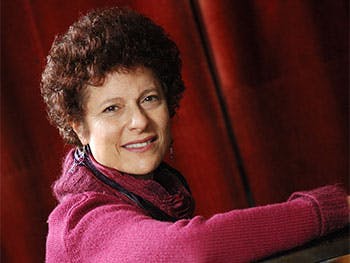 A British classical pianist, regarded as one of the most distinguished pianists of her generation, is to be awarded with an Honorary Fellowship at a Birmingham City University graduation ceremony next week.

Margaret Fingerhut has enjoyed a successful career spanning nearly 40 years, and has been described as "one of the most radiantly musical of pianists", by 'International Piano' magazine. She has performed in many different countries, and her extensive and eclectic discography has received worldwide critical acclaim and numerous accolades. Her most recent CD was Featured Album of the Week on 'Classic FM'.

Margaret has been a visiting tutor at Birmingham Conservatoire since 2007. She has given masterclasses in the USA, Canada and China as well as in the UK.

On hearing of the award she said:

It is a real thrill to be recognised like this by the University. I have always loved teaching at Birmingham Conservatoire and am proud to be part of the faculty, particularly at this exciting time in its history.

Margaret will receive her award on Friday 4 September at the Awards Congregation ceremony, held at Symphony Hall, Birmingham, which will celebrate the work and achievements of students graduating from the Faculty of Art, Design and Media.