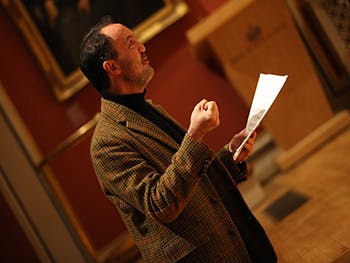 Internationally recognised as one of the foremost piano pedagogues, Pascal has been appointed International Chair of Piano and Professor.

The appointment will see Pascal visit Birmingham Conservatoire on a weekly basis, where he will lead a class of both undergraduate and postgraduate students as they seek to lead the next generation of great pianists.

“Birmingham Conservatoire, with great facilities provided in its new building opening in 2017, will attract – I am sure – the most promising young pianists from all over the world.”

Born in France, Pascal Nemirovski was admitted to the Juilliard School in New York on a full scholarship in 1981. From 1990 to 1995, he created and was the Head of the Masterclasses of the International Festival of Colmar, becoming also the youngest Professor among the 25 guest artists invited.

Alongside an illustrious performing career, Professor Nemirovski frequently hosts lectures, workshops and masterclasses around the world, as well as being in demand as a jury member at international piano competitions. 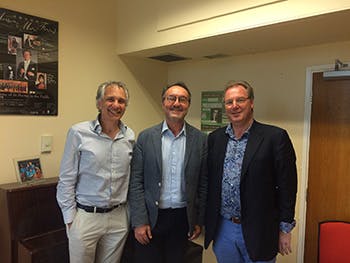 “We are delighted to welcome Pascal Nemirovski at Birmingham Conservatoire in his role as International Chair of Piano. The strength of his international reputation and his vast network of connections make him the perfect ambassador to promote our Keyboard Department and attract talented piano students from all over the world.”

With a history dating back to 1859, Birmingham Conservatoire is one of the leading music academies in the country. Internationally renowned cellist Professor Julian Lloyd Webber took up the role of its Principal in 2015, as the Conservatoire prepares to move to a new state-of-the-art facility next year.

“At an exciting time in our history it is a great privilege to welcome an artist and pianist of Pascal’s stature to work here. His own background and annual travelling itinerary reflect the internationalism of the modern world, and indeed, his class here will include Bulgarian, Hungarian, Italian, Japanese, Romanian and Russian students, among others.

“Hitherto Pascal has nurtured wonderful pianists such as Lise de la Salle, Louis Schwizgebel and Daniel Lebhardt, and here in Birmingham, 2016 has so far seen our students winning the Brant International Piano Competition, the Accompanists’ Prize at the Kathleen Ferrier Awards, the Emanuel Trophy, the Sir Anthony Lewis Memorial Prize Competition and the Ettlingen International Competition for Young Pianists. This is the basis for great synergy going forward.”