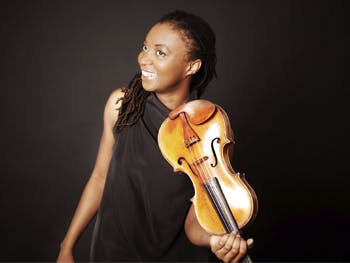 Orchestra of the Swan (OOTS) will give the first concert of its brand new Royal Birmingham Conservatoire residency on Wednesday 7 November in an afternoon concert conducted by Conservatoire Principal Julian Lloyd Webber.

The Stratford-upon-Avon-based OOTS becomes the first orchestra-in-residence at the new £57 million Royal Birmingham Conservatoire, which is part of Birmingham City University.

The immersive residency will see OOTS not only give five concerts but, importantly, include significant interaction with the Conservatoire’s highly talented young musicians. Students will be able to gain first-hand experience of working within a professional orchestra by sitting alongside the players in rehearsal.

The Orchestra’s soloists and core players will give performance and composition masterclasses, and students will be able to enter an annual competition to win a concerto performance opportunity with OOTS. Each concert in the residency will also feature a new work written by a Conservatoire composition student.

From itsome in Stratford-upon-Avon, Orchestra of the Swan has developed a reputation nationally and internationally for its outstanding performances, innovative programming and accessible style of presentation. The Orchestra celebrated its 21st anniversary in 2016/17 and has recently appointed David Le Page as its new Artistic Director.

“Orchestra of the Swan is delighted to be embarking on a new immersive residency at the Royal Birmingham Conservatoire. We are looking forward to working with students and staff from all departments and will be presenting regular performances in The Bradshaw Hall – one of the finest new concert venues in the country. The Royal Birmingham Conservatoire is a thriving institution which sits at the heart of musical life in Britain. Orchestra of the Swan is proud to have such a unique and close association.” 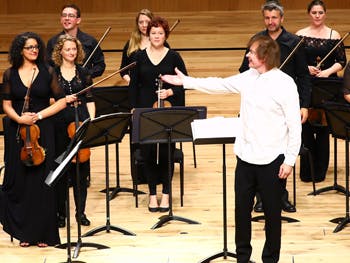 The first of the inaugural season of concerts takes place on Wednesday 7 November (2.30pm) in the Conservatoire’s stunning new Bradshaw Hall. Violinist Tai Murray is the soloist in Mendelssohn’s ever-popular Violin Concerto and the programme also includes Mozart’s Marriage of Figaro Overture, Symphony No 25 and Mendelssohn’s youthful String Sinfonia No 6. In a pre-concert talk (1.30pm), Christopher Morley discusses opportunities for aspiring young musicians with Julian Lloyd Webber and Tai Murray, one of the few African-American musicians to be involved in classical music.

“Having enjoyed a long relationship with Orchestra of the Swan as both a cellist and conductor, I am delighted to welcome the Orchestra to the Royal Birmingham Conservatoire for its 2018/19 season.

As ever, OOTS is offering a fascinating mix of familiar and unfamiliar, presented with its own inimitable style!
Professor Julian Lloyd Webber

Orchestra of the Swan is at The Bradshaw Hall, Royal Birmingham Conservatoire, on Wednesday 7 November (2.30pm), pre-concert talk at 1.30pm. For tickets and details visit www.bcu.ac.uk/concerts or call 0121 331 5909.