Opera star to teach next generation at Royal Birmingham Conservatoire 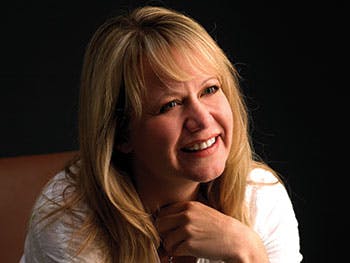 One of the UK’s most prolific operatic sopranos has been announced as a new Visiting Tutor of Singing at Birmingham City University’s Royal Birmingham Conservatoire.

Over a 25-year career, Amanda Roocroft has sung leading roles in some of the most famous opera houses of Europe and North America.

Born in Lancashire, Amanda made her professional recital debut in September 1989 at the Aix-en-Provence Festival and her professional operatic debut in 1990 as Sophie in ‘Der Rosenkavalier’ with Welsh National Opera.

In 1994 she was the subject of a Granada Television documentary ‘Amanda Roocroft: Opera’s Rising Star’. The film, directed by Colin Bell, chronicled the first seven years of her career, beginning with her days as a student and ending with her solo recording debut for EMI Records.

Amanda is as passionate about teaching as she is performing and believes in developing young singers to become unique, well-rounded artists using a solid technique and a vivid imagination.

Highlights from Amanda’s career include her New York Philharmonic debut; Verdi’s ‘Requiem’ with Riccardo Chailly in Milan; regular appearances at the BBC Proms in London and at the Edinburgh International Festival; a European tour with the Gustav Mahler Jugendorchester; and playing Ellen Orford in ‘Peter Grimes’ with the Berlin Philharmonic and Sir Simon Rattle.

Amanda was the winner of the 2007 Laurence Olivier Award for Outstanding Achievement in Opera for her performance in the title role of ‘Jenůfa’ at English National Opera.

“We are delighted that Amanda will be joining our team this year. She brings with her a wealth of experience both as a performer of international standing and as a highly-regarded teacher.

She comes to the Department at an exciting time in its history as, together with Royal Birmingham Conservatoire as a whole, we look set to go from strength to strength.

Amanda Roocroft will take up her position as Visiting Tutor of Singing with the Vocal and Operatic Department at Royal Birmingham Conservatoire later this month.