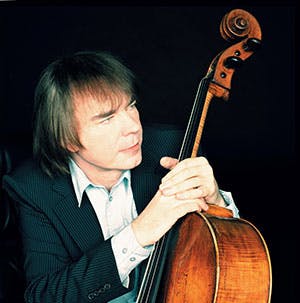 In an exclusive public event, world renowned solo cellist and conductor Julian Lloyd Webber will reveal what it takes to become a leading musician in today's world.

Julian will discuss his amazing career, the challenges he has faced and pose some major questions as to what today's young musicians must aspire to at a public lecture at Birmingham City University on Monday 28 July.

'An evening with Julian Lloyd Webber' is the latest event in the Birmingham City University’s City Talks programme, and offers a unique opportunity to hear Julian talk about his life and beliefs in his first public appearance since his final performance and the neck injury that stopped him from playing the cello.

Julian reveals: "This won’t be a cosy ‘Evening with Julian Lloyd Webber'; instead I will be clear about what it takes to become a top musician in today's world."

Widely regarded as one of the finest musicians of his generation, Julian Lloyd Webber has enjoyed one of the most creative and successful careers in classical music today.

At the age of 16 he won a scholarship to the Royal College of Music and he completed his studies in Geneva with the renowned cellist, Pierre Fournier. Since then Julian has collaborated with an extraordinary array of musicians, from Lord Yehudi Menuhin, Lorin Maazel and Sir Georg Solti to Elton John and Stephane Grappelli. He has premiered more than 60 works for cello and his many recordings have earned worldwide acclaim.

Julian was the London Underground's first official busker and he was the only classical musician chosen to perform at the Closing Ceremony of Olympics 2012. In April this year he received the Incorporated Society of Musician's annual Distinguished Musician Award.

Register for your ticket