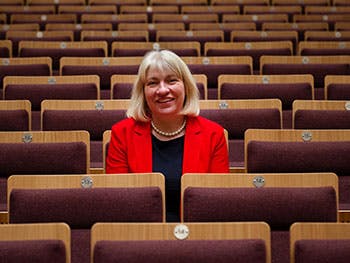 Shirley Thompson has achieved an international reputation as a musicologist, specialising in French Baroque music, particularly that of Marc-Antoine Charpentier. Dr Thompson joined Royal Birmingham Conservatoire in 2001 and was appointed to the role of Director of Postgraduate Studies in 2009.

On taking up her new position, Dr Thompson said:

“I am absolutely delighted to have been appointed to the role of Vice Principal (Music).

I'm really excited about working in this new capacity in an institution I love, alongside such wonderful colleagues and students.

Since gaining her PhD from the University of Hull in 1998, Dr Thompson has edited a book on Charpentier and published many articles and reviews. She has also prepared numerous editions of Charpentier’s music for such well-respected performers as Emma Kirkby, Ex Cathedra and the St James’ Baroque Players, including music for two BBC Proms. In 2004, Shirley organised a conference at the Conservatoire – Charpentier and His World – to mark the tercentenary of the composer's death; an event which attracted scholars from all over the world. 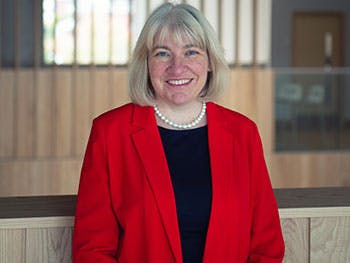 More recently she has been a member of the Programme Committee for the 2011 and 2012 annual conferences of the Society for Seventeenth-Century Music (which took place respectively in Minneapolis and New York City), holding the position of Chair in the latter instance. In 2016 she became one of three (invited) members of the Society’s ‘Nominating Committee’.

“Dr Thompson was the outstanding candidate in an extremely competitive field. Shirley’s unique expertise will prove vital to Royal Birmingham Conservatoire and I really look forward to working alongside her as we continue to expand our offering to students worldwide”.

Shirley Thompson succeeds Paul Bambrough – now Principal of The Purcell School for Young Musicians – who had held the position since 2014.