New generation of creative talent given a showcase 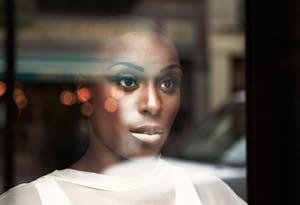 Coinciding with the Birmingham Made Me expo – which celebrates the regions’ creative excellence – the new initiative launched this week highlights the impact of local young people to the UK’s cultural profile.

The international scheme has identified the ‘New Beat Generation’ for the 21st century – and compares the city’s young population to the so-called Beat Generation of the 1950s which went on to transform Britain’s reputation as a global cultural capital. The dynamic new generation is challenging the status quo of the UK’s cultural offering and set to spark “an explosion of culture” in Birmingham.

Among the young talent being showcased are singer-song writer Laura Mvula. Laura, from Moseley in Birmingham, graduated with a degree in Composition from Birmingham Conservatoire, part of Birmingham City University, and has just released a critically acclaimed debut album.

Also named are Stryx, an artist-led studio and exhibition space in the city’s Eastside. Formed by six female graduates of Fine Art from Birmingham City University in 2012, Stryx's joint ambition is to continue developing their own art while also supporting local talent by creating an accessible community of practicing artists through free workshops and practical sessions.

While art graduate Joseph Weldon is one of the founding members of The Lombard Method, an artist-led studio and project space in Birmingham. Originally from Devon, Joseph studied at Birmingham City University’s School of Art in the city and now considers Birmingham his home. Joseph is also involved in the group Juneau Brothers, a musical movement which makes their own instruments and performs in abstract spaces.

British Yemeni-born Sonia Audhali graduated with a first class honours degree in visual communications a year ago from Birmingham City University. Now aged 23, she’s launching ‘Little Yemen’, the first exhibition to depict the lives of the Yemeni community in Birmingham - a collection of photographs showing life in the home, at work, during prayer and at leisure. Sonia's identity as both British and Yemeni influences her approach to celebrating a dual heritage.

“Birmingham is producing another generation of creative talent that is set to set to put the city on the international map,” said Beverly Nielsen, Director Employer Engagement and the mastermind behind the Birmingham Made Me expo, which runs until 21 June.

“This city has a great record in contributing to the UK’s cultural heritage with some of the greatest bands and artists emanating from this city. Now it’s time to support this next, exciting generation.”

Europe’s Young Cities: A New Beat Generation? examines the impact under 25-year-olds are having on the cultural offerings of some of Europe’s youngest cities including Birmingham, Copenhagen, Lille, Rotterdam and Stockholm.

It highlights the cultural credentials of each of the five cities, including the value of the creative sector and employment; the number of students qualifying in creative arts and design courses, plus details cultural festivals, events and institutions. It also names the pioneers of the New Beat Generation, and the ones to watch in 2013.

Sir Albert Bore, Leader of Birmingham City Council, said: “Birmingham has one of the highest percentages of under-25s in Europe, representing almost 40% of the population. We pride ourselves on nurturing our young home-grown talent, through access to a variety of cultural activities, as well as encouraging them to create their own events – which they do in abundance.

“As a result of this, we are experiencing a new wave of up-and-coming talent that is making an impact locally, nationally and even internationally. Birmingham’s young population, and their contribution to our cultural offering, is something for the city to be proud of.”

The international campaign names Birmingham as ‘the home of new music’ and identifies some of its pioneers of the New Beat Generation, including Laura Mvula, indie band Peace, musician Jacob Banks who are redefining the city’s music scene.