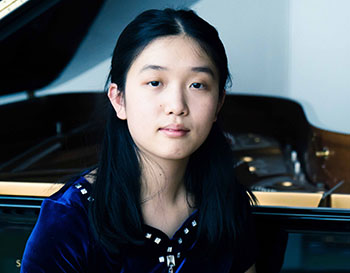 Birmingham pianist Lauren Zhang has been named as a finalist in the prestigious BBC Young Musician competition, which celebrates its 40th anniversary in 2018.

Lauren impressed the judges during the regional auditions in late 2017 and is now one of five musicians to have progressed to the Keyboard Category Final. All five Category Finals – strings, keyboard, woodwind, percussion and brass – will take place in Birmingham between Friday 16 and Tuesday 20 March 2018.

The 16-year-old musician studies at the Junior Conservatoire, part of the Royal Birmingham Conservatoire, with the music and acting college also hosting the Category Finals of the competition, as well as the Semi Final on Friday 23 March.

The Final will take place at Symphony Hall Birmingham, led by the City of Birmingham Symphony Orchestra and conducted by Mark Wigglesworth on Sunday 13 May. The competition will be broadcast on BBC television and BBC Radio 3.

Born in Albuquerque, New Mexico, at three years old Lauren moved with her family to Charleston, Illinois, when she began to learn piano and violin from the age of four. She was taught piano for four and a half years by Madeline Ignazito – Lauren was her last pupil before she retired – and Terry Coulton – still an active musician in Charleston – taught Lauren violin for three and a half years.

The Junior Conservatoire offers specialist training to young musicians between the ages of four and 18 with exceptional potential and the ability to achieve that potential. They train young musicians to a level where they could gain a place at a senior conservatoire or music college, as well as offer preparation for the Associated Board exams to Grade 8 and Diploma levels.

It is very exciting that one of our own young musicians has qualified for the Category Finals in one of the first major competitions to be held at the Royal Birmingham Conservatoire.Lauren has been a student at the Junior Conservatoire for the past eight years and it has been a great privilege to watch her develop into an extraordinary young pianist. She is a musician of exceptional talent and commitment, and this latest success is richly deserved.
Timothy English, Head of Junior Conservatoire 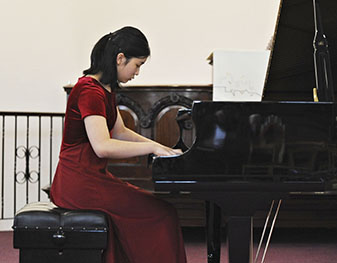 Lauren has won many classes at local, regional and national festivals and competitions. In 2016, she was the first prize winner of the 15th Ettlingen International Piano Competition. She was also a prize winner at the Young Pianist of the North International Competition in 2015. She won the first prize of the European Piano Teacher Association (UK) in the 15 years and under category in 2015. She also secured third place in the Beethoven Intercollegiate Junior Piano Competition at the Austrian Cultural Forum London in 2015.