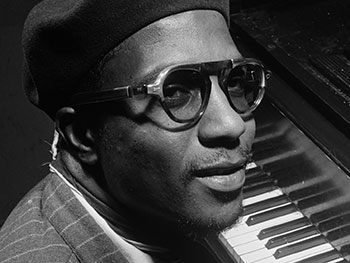 A nine-day festival encompassing the entire output of Thelonious Monk will take place in Birmingham between 12-20 June to celebrate the centenary of the master jazz musician.

Organised by Birmingham Conservatoire’s Jazz Department, Monkathon will see all 70 of Monk’s compositions performed at venues across the city by groups, soloists and internationally-renowned guest artists.

Born in North Carolina, USA in1917, Thelonious Monk has made numerous contributions to the standard jazz repertoire including ‘Blue Monk’, ‘Round Midnight’ and ‘Well, You Needn’t’. Despite writing a relatively small amount of pieces, Monk is the second most-recorded jazz composer of all time and is one of only five jazz musicians to have appeared on the cover of ‘Time’ magazine.

“Thelonious Monk is one of the 20th century giants of music, not just of jazz. His art transcends boundaries of time, style and aesthetics. Monk at 100 is a wonderful excuse to celebrate his status as an iconic figure of inspiration to us all.

The Birmingham Monkathon features students, alumni and staff at Birmingham City University, with leading international Monk-inspired performers including Steve Cardenas from New York, Liam Noble from the UK, and Professor François Théberge from Paris Conservatoire, as well as the eminent Monk biographer Professor Robin Kelley, for this grand celebration. In addition, we have international students, outreach programmes, and many gigs across the city. 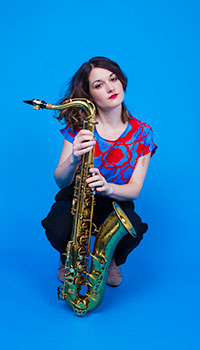 As well as being recognised by the British Academy of Songwriters Composers and Authors (BASCA) at the British Composer Awards – winning in the Contemporary Jazz Composition category in 2015 – and a former BBC Radio 3 New Generation Artist, saxophonist and composer Trish Clowes is now undertaking her PhD at Birmingham City University.

There’s also the chance to hear exciting arrangements of Monk’s early Blue Note recordings from senior students, adjudicated by Steve Cardenas, and a keynote speech by Monk biographer Professor Robin Kelley, Chair of the Department of African American Studies at the University of California at Los Angeles.

Italian conservatoire students from Verona, Milan, Bologna and Palermo will be visiting Birmingham to participate in Monkathon and four schools in Birmingham and the local area will be treated to outreach concerts featuring some of the small bands.

Birmingham Conservatoire, part of Birmingham City University, is currently preparing to move to a new state-of-the-art £57 million home in September, which will include the city’s only permanent jazz space – Eastside Jazz Club. Earlier this year, Birmingham Conservatoire launched its big band Ellington Orchestra, who will be a regular fixture in the new club.

Although only three years old, the cluster boasts 29 members, including 12 jazz researchers from across Birmingham School of Media and Birmingham Conservatoire, nine doctoral students and leaders of the regional jazz community, as well as additional academic partners at Middlesex University, University of Warwick, University of Amsterdam (Netherlands) and University of Aveiro (Portugal).

Monkathon takes place from Monday 12 until Tuesday 20 June 2017 at venues throughout the city, including the Spotted Dog, The Red Lion, CBSO Centre and Birmingham Conservatoire. Find out more at our events page.