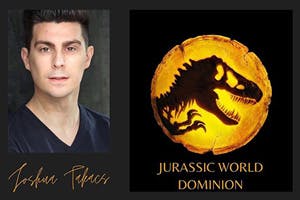 Joshua, born and raised in South Yorkshire, gained his Bachelor of Music at Royal Birmingham Conservatoire in 2010. He then became an International Vocalist for various cruise companies such as Silversea, P&O, Thomson and Cruise & Maritime. During his time at sea, Joshua performed his own Cabarets and in production shows. He also appeared and performed on radio stations like ON.FM and BBC Sheffield.

Joshua said: “I had a great time during my studies at Royal Birmingham Conservatoire. During my time there, I was diagnosed with dyslexia. I therefore realised that I had to change the way I was learning things and embrace my slight disability. I noticed that the best way for me to learn new songs was by continuously listening to them rather than just reading the music sheets. I had some great support from certain lecturers and teachers, such as Rosie Cross and Lee Differ.”

Speaking about his work as a stunt double for Jurassic World, Joshua stated: “It was amazing and surreal to be on set. We were still in the height of lockdown and the cases of Covid-19 were very high. I was supposed to keep a mask on at all times – but it kept ruining my beard, which was glued on, so I was asked to keep the mask off and I had to stand two metres away from all actors and crew.

“Kristoffer Polaha – who I was the double for – sent me a lovely email during my time on this production. The filming took place mainly in Valletta, Malta. Unfortunately, I did not get to meet Chris Pratt, who plays Owen Grady.”

While in Malta, Joshua featured in various commercials and international films. His commercial work includes the drink driving campaign for the Maltese Government and advertisements for Melita and Nordic Bet. His acting career secured him appearances in Jurassic World: Dominion (2022), Rose Island (Netflix 2020), Jetski (2021), Mixed up in the Mediterranean (Hallmark 2021) and Sposa in Rosso (Rai 2022).