Junior Conservatoire celebrates second winner of choirgirl of the year 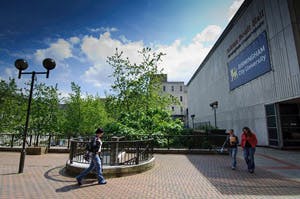 A 14 year old chorister has been named as BBC Radio 2’s choirgirl of the year 2011. Ella Rainbird-Early is the second member of the Junior Conservatoire in Birmingham to win the prestigious title, as in 2008 chorister Alice Halstead also won the title.

Ella, who sings at Coventry Cathedral and attends the Junior Conservatoire which is part of the Birmingham City University, participated in the Grand Final which took place on Monday 24 October at St Martin-in-the-Fields, Trafalgar Square, London; the show will be broadcast on Sunday 6 November at 8.00pm on Radio 2. As a finale to the evening’s event, the new Radio 2 Young Choristers sang a specially arranged version of the Christmas carol – In the Bleak Midwinter – with special guest Joe McElderry, the former X Factor and Popstar to Operastar winner.

BBC Radio 2 Young Choristers of the Year was open to choristers between the ages of 11 and 17 who sing regularly with their choir for religious services. The competition celebrates the unique contribution young people make to church choral music in this country, recognising the training, skills and repertoire they receive.

Ella, and Richard Decker, who was named choirboy of the year, will both receive a trophy and will appear on various radio programmes including BBC Radio 2's Good Morning Sunday and Sunday Half Hour and BBC Radio 4's Daily Service and Sunday Worship, as well as special events at Christmas and Easter, concerts, and possible television appearances.

The finalists, four boys and four girls, performed to an expert panel of judges including John Rutter, composer and music director of the Cambridge Singers; Laura Wright, singer and former Radio 2 Young Chorister from 2005; and Steve Abbott, record producer and music manager.

Ella says: "It's great knowing I've won something like this competition and I'm looking forward to visiting different cities and meeting people who work in music. It'll be interesting gaining experience of broadcasting. I think it's going to be really hectic but worth it. I want to thank my singing teacher, Alison Chamberlain, and the Director of Music at Coventry Cathedral, Kerry Beaumont for their help and encouragement".

Alison Chamberlain, who teaches Ella singing at the Conservatoire said: “The adjudicators said they based their judgement on technical skills, musicality and ‘that extra something that made it special’. Ella has a lovely sound, a fluid vocal line, good breathing technique and an ability to shape musical phrases particularly subtlety.”

Ella’s success through the Junior Conservatoire further underlines Birmingham Conservatoire’s position as the leading UK music college for choral singing. Her accolade follows hot on the heels of the release of the Conservatoire Chamber Choir’s second CD, ‘Invocation’, which has earned several five-star reviews.