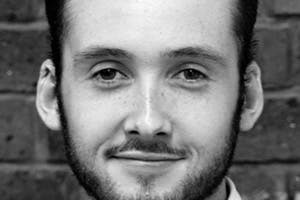 Established by SOLT in 1987 to mark Laurence Olivier’s 80th birthday, the Laurence Olivier Bursaries provide financial support to exceptional students entering their final year of drama school, and who are facing financial difficulties which might jeopardise their studies.

Nominees, put forward by drama school principals across the UK, are auditioned on a West End stage and interviewed by a panel of theatre industry professionals, led by West End producer and Chair of the Laurence Olivier Bursaries Committee Lee Menzies.

The 2022 bursary recipients will be formally presented with their awards at a later date, with plans to celebrate their achievements to be revealed soon.

James said: “Not only has the bursary been an absolute privilege to receive, but the money itself is going to go such a long way towards supporting my final year of training at RBC. The added stressors of being able to afford expenses such as headshots, reels and memberships to key acting websites such as Spotlight have been entirely eliminated, and I can now focus on my studies with a sense of achievement and ease.

“Although I am usually based in London when not studying at the Conservatoire and used to being in the city, the audition day was still a mixture of nerves and pride as I got to perform on a West End stage in front of a panel of industry experts and casting directors at the St Martin’s Theatre, home to the play The Mousetrap.

“I was interviewed shortly after and enjoyed talking to the panel about my time so far at RBC. SOLT facilitated a very calm and welcoming atmosphere on the day, and it was great to be able to talk and relate to other drama school students from a range of different acting courses about their similar experiences thus far.”

James added: “I think I am still in shock to be a recipient of the Laurence Olivier Bursary. But looking forward to the future, I am also filled with excitement and anticipation to see where my acting career will take me.”

Senior Lecturer in Acting Danièle Sanderson said: “James is an incredibly committed student, who constantly challenges himself to excel. He is a delight to work with and we are thrilled that his talent and potential have been recognised by this award.”

Later this year, James will be performing in the musical ‘The Clockmaker’s Daughter’, written by a former graduate of the Acting school. This will be held at the Crescent Theatre Main House in Birmingham, with matinee and evening performances running from 5 – 9 October. Tickets will be available soon.