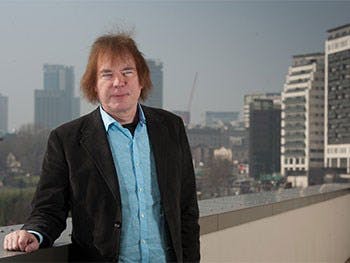 Newly appointed as Professor Lloyd Webber, he takes up his new position as work gets underway on a new £46 million home for Birmingham Conservatoire, the first of its kind to be built in the UK for over a generation.

Professor Lloyd Webber said: "I am so looking forward to starting work at Birmingham Conservatoire, which has a proud history and a massively exciting future. I have already met many of the staff and I am now looking forward to meeting and working with the talented students.

"The opportunities that lie ahead for Birmingham Conservatoire are limitless. We will have an exceptional new home for making music as well as access to the University’s facilities and multi-genre expertise, ensuring our students leave with all the skills they need for today's music industry."

The new £46 million home for the Conservatoire will open in 2017, providing music students with new practice and performance facilities. As part of Birmingham City University’s campus, Conservatoire students will also have access to a range of media and production facilities, including one of the largest green screen studios in the UK.

Birmingham City University Vice Chancellor Cliff Allan said: "Julian's appointment and the new home we are building for our Conservatoire indicate the scale of our ambitions for our students and what we want them to go on and achieve.

"I know how much he is looking forward to getting on with the job of providing the best possible education for our talented music students, preparing them for the ever evolving world of the contemporary music industry.

"David Saint has been an excellent Principal who leaves a powerful legacy at the Birmingham Conservatoire, giving Julian a strong platform from which to build."