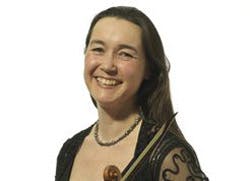 Margaret Faultless, a globally prominent violinist and specialist in historical performance practice, is to direct Birmingham Conservatoire’s Repertoire Orchestra next month and challenge students to become active collaborators when performing.

Margaret will be working with student composers at Birmingham Conservatoire, part of Birmingham City University, to write pieces of music inspired by Haydn and Mozart symphonies for a special concert on Friday 14 June.

Daniel Fardon, a student at Birmingham Conservatoire, said: “Having the chance to work with an orchestra is always an exciting prospect and a fantastic opportunity as a composer. Working with Margaret Faultless has been insightful and inspiring, offering a fresh perspective and approach.”

Performing music from Monteverdi to the present day, Margaret has received greatest acclaim for the performance of eighteenth-century repertoire. Since 1989 she has been a co-leader of the Orchestra of the Age of Enlightenment and has led the Amsterdam Baroque Orchestra under Ton Koopman for over 12 years.

A regular director of the European Union Baroque Orchestra and the National Orchestra of Portugal, Margaret was recently made an honorary fellow of Birmingham City University and now appears as a duo with pianist Adrian Partington, focusing on the sonatas of Beethoven and Brahms.