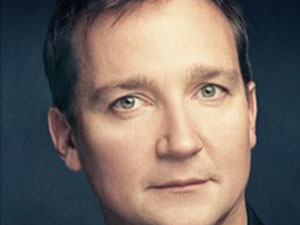 Birmingham Conservatoire has announced a new appointment of International Chair in Violin, joining staff in the strings department.

Oliver Wille has taken on the role of International Chair in Violin and is also responsible for the foundation of the Conservatoire’s String Quartet Academy.

Born in Berlin, Oliver studied at universities in Germany and America and is co-founder of the internationally acclaimed Kuss Quartet. The Kuss Quartet have performed in concert venues across the globe, including New York Carnegie Hall, Concertgebouw Amsterdam and Berlin Philharmonie.

Since 2012, Oliver has served as the vice-president and artistic advisor of the Chamber Music Society Hannover and he also works as artistic director for the new string quartet festival in Frankfurt.

Oliver’s plans at Birmingham Conservatoire, part of Birmingham City University, include a series of quartet seminars, duo sonata seminars and score readings, as well as open sessions for all string and keyboard students.

"I'm very excited to start working in Birmingham. In my teaching career I have worked with some wonderful British ensembles, so in a way it feels like coming to a new home," said Oliver.