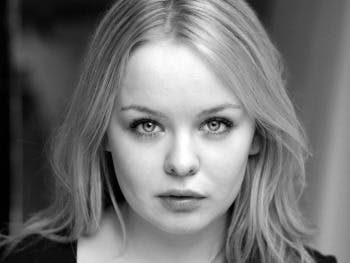 Birmingham School of Acting Alumni, Nicola Coughlan, who studied MA Acting, is about to star in a London run and UK tour of the play Jess and Joe Forever, written by Zoe Cooper.

Nicola says: “So last year Old Vic New Voices, the initiative set up by Kevin Spacey, were launching a festival of 12 new plays by their best and brightest new writers to be performed on the Old Vic stage.

"They held open auditions for these plays and saw over 1,150 actors. This is something that sets OVNV apart in their field as they create so many wonderful opportunities for young creatives that they otherwise never would have had.

"I flew over from Ireland to audition, something which felt like a huge gamble at the time, and auditioned in front of a panel from OVNV and around 30 other actors. I got back on the Tube to Heathrow thinking I had little to no chance of being chosen, but about a week later I found out I'd been shortlisted.

"I flew back to London, still not knowing which one of the 12 plays I was auditioning for. When I got to OVNV Headquarters I was given the script for Jess and Joe Forever. It seems completely trite to say but I loved it straight away; Zoe Cooper's writing was whip-smart and beautiful, with a real edge of vulnerability.

"I met Zoe Cooper (playwright), Derek Bond (director), and Sarah Wilson (producer). Chatting with them was a genuine joy, I felt like we had a shared sense of humour and the more they spoke about the play the more I realised I would've given anything to do it. But I knew so many people had applied and my chances were slim.

"It was another month before the casting was announced, so I'd nearly given up hope. But one day at work a magical email popped into my inbox, I found out I was going to be performing at The Old Vic. That was a good day.

"We rehearsed for a really short time, I met Rhys Isaac-Jones my co-star, and I think we both had trouble believing our good luck.

"We performed in the first day of the OVNV Festival last June. The entire day was surreal, backstage the walls are lined with pictures of Laurence Olivier, Vivien Leigh, and so many other icons. The stage was mammoth, but completely beautiful.

"In spite of how intimidating it all was, the performance went really well, in fact it went beyond what we expected. We got a standing ovation, it was unbelievable. Although I didn't see it, Rhys and I were so glad at not having messed up. We were lying on the floor backstage in complete relief.

"Late last year we got word that The Orange Tree Theatre in London had picked up Jess and Joe Forever for a full production run. Previews begin on September 8 and I can't wait for people to see it and fall in love with Zoe's beautiful play as much as I have.

"I think studying in Birmingham School of Acting (BSA) set me out on my own in the industry. A lot of actors you come across, irrespective of their talents, seem to come from a drama school conveyor belt and can be indistinguishable from those who have come before them.

"You only have to look at recent graduates of BSA to see the diversity of talent it produces. From Amalia Vitale who's currently at The Royal Court and had huge success in Edinburgh with her show Lovesick, to Camilla Whitehill (Where Do Little Birds Go) who's emerging as one of the leading playwrights of this generation. There's a world of talent outside of the London bubble, and people are really starting to pay attention.”