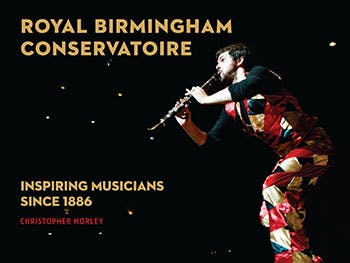 Richard Rodney Bennett, Pierre Boulez, Adrian Boult, Edward Elgar, Louis Frémaux, Julian Lloyd Webber, Laura Mvula, Simon Rattle and Michael Tippett – just a handful of the world class musicians who appear in a new book which explores the history of the Royal Birmingham Conservatoire; an institution which they all maintained strong links with throughout their illustrious careers.

Spanning more than 130 years, ‘Royal Birmingham Conservatoire: Inspiring Musicians Since 1886’ written by Christopher Morley looks back at the institution’s humble beginnings and transports readers through time up to the present day.

From its origins in the middle of the 19th century as a penny singing class within the Birmingham and Midland Institute, the Birmingham School of Music was finally established as a major force for musical education in 1886.

Christopher Morley’s illustrated history tells of the challenge it faced to forge an identity during the century that followed, eventually re-inventing itself as Royal Birmingham Conservatoire, a school within the Arts, Design and Media Faculty of Birmingham City University. Today, a studentship at the Conservatoire can put the world at a graduate’s feet.

Under Principal Professor Julian Lloyd Webber the music and drama academy is one of the leading lights of performing arts education in the UK, has an expanding international profile and since September this year, boasts a new state-of-the-art home in Birmingham.

“I felt immensely honoured when Professor Julian Lloyd Webber asked me to write a history of the Royal Birmingham Conservatoire, to coincide with the move to its fabulous new home. Throwing myself into the research proved fascinating, and it was a great thrill early on to unearth the ground plans for the original Birmingham School of Music housed within the imposing old Birmingham and Midland Institute.

Another piece of good fortune came when I met some School of Music alumni from the distant past, who were generous with their store of memories of that original building.

“Presses had to be stopped in September when the happy announcement came that Her Majesty The Queen had graciously bestowed the accolade ‘Royal’ to the Conservatoire name. This is a wonderful period for the Royal Birmingham Conservatoire, and I am thrilled that my book will be playing a part in the celebrations.”

Including archive photography and first-person recollections as far back as the 1940s, this new book, published by Elliott & Thompson reveals how the school came to earn its international reputation, highlights the supporting role of the wider University and focuses on the talents of the Conservatoire students themselves, both past and present.

“Among the many reminiscences I garnered from alumni of many years ago was Margaret Cotterill's memory of playing her clarinet in a basement practice room in the original Birmingham and Midland Institute home of the Birmingham School of Music, and realising a mouse was keenly listening to her.”

Since 1886, the Royal Birmingham Conservatoire has become a huge presence in the cultural life of its home city, while passing down the greatest standards of musicianship to the next generation. Looking to its bright future, the Royal Birmingham Conservatoire has recently moved into its new home and is now part of its parent institution’s City Centre Campus. 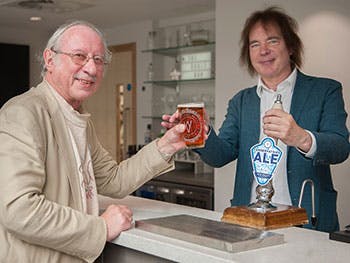 Furthermore, as the first purpose built conservatoire in the UK since 1987, the £57 million institution is the only one of its kind in the country designed for the demands of the digital age.

“2017 has truly been a momentous year for the Royal Birmingham Conservatoire. In September we moved into our state-of-the-art new home and then, a few weeks later, we were granted the Royal title by Her Majesty The Queen. Now, Christopher Morley has delivered the best Christmas present we could have hoped for with his lavish illustrated history of the Conservatoire.

“The level of detail is impressive and I found out about so many things from our past that I didn’t know about! This book will delight music lovers, but also anyone with an interest in local and cultural history.”

Author Christopher Morley is chief music critic for the ‘Birmingham Post’ and writes for ‘Musical Opinion’, ‘Classical Music’ and ‘Opera’, as well as contributing broadcasts to BBC Radio 3. He studied in the Music Department of the University of Birmingham, before taking up a career as a schoolteacher, serving as Head of Music in schools in Walsall, Edgbaston and Halesowen.

In 1988 he began teaching at Birmingham School of Music, lecturing in music history, performance practice, harmony and counterpoint, and aural training, as well as liberal studies, music journalism and criticism. He was awarded an Honorary Fellowship in 2002 and retired from the Conservatoire in 2010.