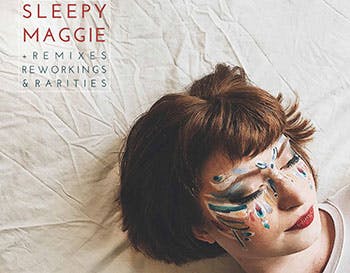 The UK's biggest folk band, The Conservatoire Folk Ensemble, have announced details of their new mini-album, ‘Sleepy Maggie + Remixes Reworkings and Rarities’, which will be released on Sunday 10 June.

It’s been a heady 12 months for The Conservatoire Folk Ensemble. Their acclaimed studio album, ‘Painted’, racked up a string of jaw-dropping reviews, and the collective also guested on Fairport Convention’s acclaimed ‘50:50@50’ album.

Meanwhile, in their hometown of Birmingham the full band stunned commuters at New Street railway station with a pop-up gig, and they wowed audiences at one of the biggest St Patrick’s Day celebrations outside of Ireland for the second consecutive year.

Now the stage-shaking ensemble is preparing to head out for their annual summer tour – which includes the fifth edition of their very own festival, Power Folk – and are set to release their new mini-album, ‘Sleepy Maggie + Remixes Reworkings and Rarities’.

’Sleepy Maggie’ is a traditional tune which we’ve deconstructed and rearranged in typical ensemble fashion, pulling in ideas from various members of the collective to create something that sounds very, very different from versions you might have heard before.

“The roots of the tune remain – which you can hear in the fiddles at the beginning – but the new arrangement heads off to some interesting and surprising places. It’s supposed to be deliciously over the top!

The deconstruction continues with a series of surprising remixes and re-imaginings by various members of the ensemble that pushes ‘Sleepy Maggie’ further into new musical territories.

“The idea of remixing the track is very much in keeping with the group’s approach to making music, of using what could be a straight-forward melody as the basis for a tune and seeing how that can be developed, or pushed, to create something that still acknowledges the original source, but is somehow transformed into something new and exciting.

“This project started out as the single ‘Sleepy Maggie’, and after I mentioned the possibility of doing some remixes, in the pub after rehearsal one night, the ideas started flowing. Before I knew it I had club remixes, Chinese groove-monsters, full on drum ’n’ bass and more flowing into my inbox. I thought perhaps we could release a few of these with the single, but they just kept on coming.” 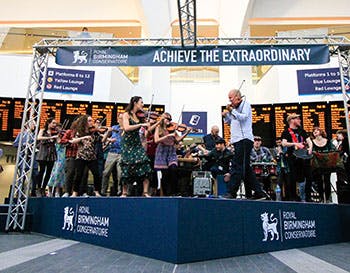 larinets, euphonium, tuba, and accordion. They also all sing too.

Though rooted in traditional folk tunes, the personal influences and interests of each member shapes the set-list, pulling in everything from full-on rock grooves, to funk, jazz, hip-hop and reggae, to sounds from Eastern Europe and Asia. It’s a sound they’ve dubbed ‘Power Folk’.

In their 21 years, the band – still based at Royal Birmingham Conservatoire – have packed out the Royal Albert Hall, and played some of the biggest festivals in the UK. Welcoming students and staff from the Conservatoire ensures that the standard of musicianship remains exemplary.

2018 sees the ensemble return to Kendal Calling (with The Libertines and Run DMC) and Green Man (with Fleet Foxes and The War On Drugs) as well as bring together their full line-up for their one-day mini-festival, Power Folk 5 (Sunday 10 June, Birmingham) which has already sold out.

“Our main aim is to send people home a little happier than when they arrived.”

‘Sleepy Maggie + Remixes Reworkings and Rarities’ is released on 10 June 2018 (CD, digital download and streaming via SAE Records) and the band tour from May through to July.