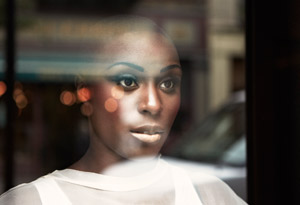 A music graduate from Birmingham Conservatoire, part of Birmingham City University, has been recognised as one of this year’s most exciting new artists.

26-year-old Laura Mvula, from Moseley in Birmingham, graduated with a degree in Composition from Birmingham Conservatoire in 2008 and went on to put her degree skills to work in the music industry.

Laura’s talent was recently acknowledged by over 200 UK-based music critics, broadcasters and bloggers, who placed her 4th in BBC’s ‘Sound of 2013’ list. Artists recognised in the ‘Sound of’ lists in previous years include Florence and the Machine, Jessie J, Adele and Dizzee Rascal.

Laura was also nominated for the prestigious Critics’ Choice Award at the 2013 BRIT Awards - won last year by Emeli Sandé. Laura said: “It’s such an iconic thing. To be recognised at all by the BRITs is immense and to be associated with them is a dream.”

“It’s an incredible feeling to know that people think well already of what I’m doing.”

Speaking of her time as a Composition student, Laura said: “When I arrived at Birmingham Conservatoire I was very shy and really unsure of where I wanted to go musically and what direction I wanted to go in.”

“Being around a lot of excited musicians who were happy to be doing what they’re doing was an amazing experience. Studying there taught me confidence.”

Alongside Alicia Keys, Usher and JLS, Laura is signed to one of Sony Music Entertainment’s flagship labels, RCA Records. Laura is to her release her debut album, ‘Sing to the Moon’, in March.

Joe Cutler, Head of Composition at Birmingham Conservatoire, said: "We're so delighted to see how well Laura is doing. She really is a special talent."