Competition honours the memory of music lover from Birmingham 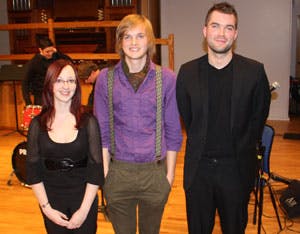 Entries from all over the UK are now invited for the 2011 Philip Bates Prize for Composers and Songwriters. Young composers between the ages of 16 and 25 may submit works in any style as long as they are for one or two singers/vocalists and between two and five players. The application deadline is Friday 29th July 2011 and the winning entries will receive a cash prize and a public performance.

The closing date for entries is Friday 29th July 2011. Only one entry may be submitted per composer and entries should be sent or delivered to the Head of Composition at Birmingham Conservatoire.